When Congress passed the so called
Patriot Act and the National Defense Authorazation Act they gave the Presedient the authority to assassinate anyone who he felt posed a serious threat to national security. As a result a true American Patriots became the target of the Obama Administration in an effort to silence a man who was considered a potential domestic terrorist.

Lavoy's mission on the final day of his life was to teach the principles of the Constitution to the residents of Grant County.

I believe that the reason the men who ambushed and then shot him were not prosecuted was because they were simply just doing the job that was assigned to them.

Why dud tge governor and the state of Oregon go out of their way to protect the assassins? Could it be that if they were prosecuted they reveal who gave them the orders?

In the aftermath of this tragic event Buundy'were encarcerated for nearly two years wihtout ever having been convicnted of a crime. The 13th Amendment forbids the government from denying anyone their freedom who has not been convicted of a of a crime by jury.

When Judge Navarro dismissed the case, she knew that it was very unlikely that the Bundys and their co-defendants would be found guilty. Her behavior in the case was clearly a classic example of judiicial miscounduct and she should have been accountable. Federal Judges serve during periods of good behavor and she violate her oath in order to defend President Obama and the Department of Justice.

Cogress passed the laws that led to the assassination and I believe that President Obama issued the order and the Federal Court did every thing in their power to cover up sthe series of events that lead to the death of Lavoy Finicum.

I am in complete agreement. I watched the video and he was shot down in cold blood, while his family was too terrorized to do anything, not that they could have anyway. Lavoy was like a clay pidgeon at close range. It was heart-wrenching and no one has or will be held accountable. And worse yet, most of the public doesn't know or care. 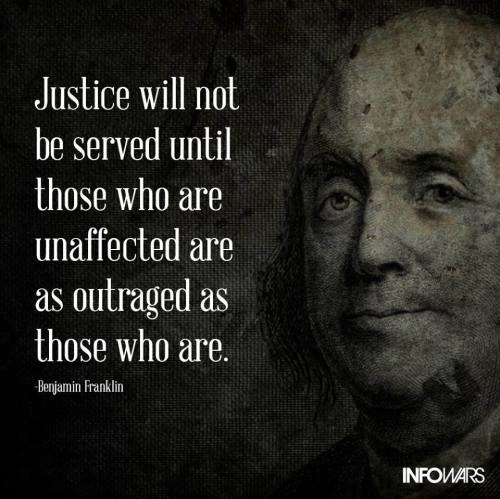 Waco, Ruby Ridge Lavoy Finicum; are thes the first or the last no i do not believe so. Our government has gotten away with murder more than you can ever imagine. The twin towers and the airplane in Pennsylvania are just 2 more examples of the government committing murder. The shooting in Las Vegas. The government commits murder on the whim of those in power. They kill to start wars or they kill to shut up anyone who does not mindlessly follow the system they have designed to keep us as sheep on their farm to live and die as they need. When do these people quit being sheep and wake up and take on the mantle of those who rebelled against The English Empire. When do they rise up and fight for their freedom as the people of the 11 States of the Confederacy did. We had ancestors who fought against tyranny. In one case they won and the second they lost. Yet they fought and some died. They shed blood to try and gain and then to keep their God given rights and freedoms. To arms brothers before we have no arms left to fight with.

In the words of a famous Patriot; "Give Me Liberty or Give Me Death". I say these words now. Will any others say them too.

Amen brother I'm with u

You should have included Oklahoma City bombing.  And, NEVER forget the CIA!  That was created to KILL anyone that the PTB wanted assassinated OVERSEAS and they are NOT allowed to operate within the US (except to help some PTB [Lyndon Johnson against Kennedy] & [Hillary against EVERYONE].!

The only way to fix this is for the true patriots to commit to gun control [3 inch group @ 100 yards] and practice for perfection.

Actually, the best way to overcome the PTB (ALL government employees) is to create local jural societies and create common law grand juries to try the miscreants for TREASON and then HANG THEM from the street lights.

I bet that would stop the rest quickly and leave a huge vacuum as they leave!

Either our Constitution stands as a Whole Inseparable Foundation for our Republic, our it stands for nothing.  or any Mob can choose which Laws they wish to obey and which they do not.

Hmmmm, Lynn Bryant DeSpain, it sure looks like that is JUST what they are doing now.

By "they" I assume you mean the American People, because that is exactly who I meant.

Lynn. I assume you believe our current federal government is acting Constitutionally. If this is true you really shouldn't be on this site. You must have chosen the wrong pill. Lets look at some of the Unconstitutionality of our government, Hmmm. Can we say Lavoy Finnicum shot dead while being unarmed and not resisting. Can we say the Bundys' who were caged and even placed in solitairy confinement while being held Unconstitutionally. They were arrested for peaceably assembling and for redressing the government. This is a violation of the first amendment.  They were held in violation of the 5th, 6th, 7th and 8th amendments. Read them and study them in full and you will see the truth of this.  We can look at the most current violation brought upon people of our country..Civil Asset Forfeiture. This federal law allows local police to seize any property that you own that they allege was used in any crime or you acquired due to committing a crime.  The Indiana State attorney even argued before the Supreme Court that going over the speed limit by just 5 miles per hour would bring cause that the police officers could seize the vehicle under asset forfeiture laws. The Supreme Court said no this time that the argument was to stretched. But maybe next time right. We had under Obama a drone strike that killed a U S citizen and his child(accidental side casualty) while they were in a foreign country. He did state it was for national security. The man was linked to possible terrorist. We just have to take it at his word. The man will never get his day in court. Wait that brings us to the infamous patriot act. The president can order any one killed or jailed any where in the world if he feels they could be linked to terrorism. When jailed they can be held indefinitely without lawyer or even having a day in court. Sure does sound like the Constitutional government our forefathers intended. I can go on and on about this topic. I won't I just hope you see that this government needs to be overthrown and the Constitution with only the first 10 amendments restored to their rightful authority. Our governments need to cease being foreign owned governments and they need to eliminate a central banking system.

We need obey all just laws and refuse to comply with those that are not. If our founding fathers obey the laws we would still be drinking tea and eating crumpets.