Conned by the Constitution 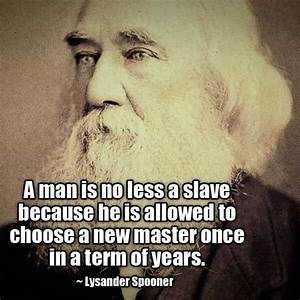 Every form of government instituted by the minds of men has divided the people into two unequal classes. The first class consists of a ruling class and the second one, of subjects.

In theory our Constitution was based on the premise that all men are created equal. In practice nothing could be further from the truth. If all men were created equal, why were Negroes only 3/5ths human and the institution of slavery sanctioned by the government?

Our  Constitution created a political hierarchy that made it possible for the few to exploit the many. The Constitution created a form of government that was supposed to secure the blessings of liberty to everyone, not just to an oligarchy of rich white men. I am sorry that they failed to secure liberty to all. We the people have allowed our government to become a den of thieves.

The Constitution has failed to protect us, because we have failed to defend it.

Is it possible for an action to be honorable, but not ethical? Are we splitting hairs, here, or is there something substantial that I am missing? I am a willing student, as are most that visit this site, I think.

Thank you, for taking the time to respond. I do appreciate it.

Fredrick, I think your question is a great one .  Let me start by saying, you will find that I am not a fan of Democrats, so lets get that out of the way first. So why is that?  I find that Democrats tend to be honorable in most cases, but that is the end of it. They tend to think with the heart instead of looking at long term effects. They think they are doing what is right and obvious. But because they think what they are doing is obvious, they do not bother to follow the rule book we have been given.  That is not to say that I think every Republican is a republican.  My main issue is , when a person places their hand on a Bible and swears to uphold the constitution and then does not even try, I have a hard time trusting another word they say.

Then again, we have another problem in Washington that makes honoring and defending and up holding the Constitution almost impossible if you want  any thing to be done.  Remember Congressman "no"?   He voted against every bill that was not constitutional. So he never voted aye for any bill.    We seem to have a mentality in Washington that our Constitution is secondary to ? Ethics?  Fortunately we have a president, article II section 2.  How ever, many people seem to think he has no ethics. I disagree.  I think he is/ has been,  navigating a swamp maze.  He has been doing the best he can while every word is scrutinized and every plan obstructed . What is the current alternative?  We MUST trust that this president is going to turn DC  around if he can get support from Congress. and has another two years, now that the learning curve is over.  It is up to us to make sure that happens. We don't have any choice at this point. this is the last free country in the world only it is no longer free. This may be our last chance for Ethical and honorable.  The part I left out,  above is that we need the One Subject at a time act to pass, if we want our politicians to follow the constitution. . Since No Democrat has or will sponsor such a bill, they need to be replaced.