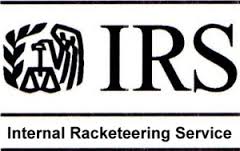 "Representatives and direct taxation shall be apportioned among the several States according to their respective numbers, counting the whole number of persons in each State, excluding Indians not taxed." - Article I, Section II

It does not say taxes shall be apportioned among the people based on their income. In this section Congress is granted the authority to tax the states directly, but not the people.

This section prohibits the government of the United States from collecting taxes directly from people living outside of the District of Columbia.

It is stated in the Declaration of Independence that the people's lives and liberty were an endowment from God and that they are a God given right.

Since our right to own property is one of our unalienable rights, no individual or government has a right to take that which belongs to us.

The Supreme Court has ruled on many occasions that taxing a man's labor is unconstitutional. Money that we receive in exchange for our services is not income. We enter into a contract and trade our time and talent for the goods and services we want.

Income is the gain that an individual receives from investments or corporate activity. The wages that an employee of a corporation receives is income. Anyone employed by the government earns income while the rest of us receive compensation. 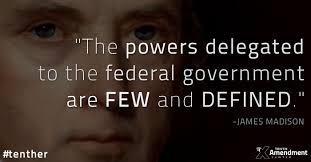 In Article I, Section 8 of the Constitution the powers granted to Congress are enumerated. Any authority not delegated to Congress is prohibited. The Tenth Amendment asserts that any power not granted to the United States is reserved to the states respectively or to the people.

The powers delegated to Congress do not include the authority to pass laws pertaining to marriage, abortion and drug use.

You will discover in Article I Section 8 Clause 17 that the jurisdiction of Congress is limited to an area "not to exceed 10 miles square." In other words Congressional authority is limited to the District of Columbia.

Each state has the jurisdiction and the Constitutional authority to pass legislation on issues that have not been delegated to the Congress of the United States.

In order for the government of the United States to pass Constitutional legislation, Congress must first propose amendments granting them lawful authority. Any proposed amendment would need the support of 2/3 of the members of Congress as well as the approval of the legislatures of 3/4 of the states.

I believe that "income" has never been defined within the tax code.

Most people "trade" time for money. I see that as compensation as stated above. What about the age old barter system? Isn't that trading also? Isn't bartering exempt from income taxes? One citizen produces a product or service and trades for another's product or service. Where's the income?

When one trades time for money, as in employment, the money is only a coupon for his time invested. That money coupon is used later when one chooses to purchase something with it. That purchase is the barter of money for something of like value. Receiving cash, a check, or placing either in an account isn't income.

Since we are discussing taxing situations, has anyone realized why we are heading into a cashless society? Has it occurred to us that ALL transactions COULD be taxed? Only when we use the current tax code that states, '... All income wherever it is derived'! In this instance, all transactions COULD become income, when viewed from a greedy taxing authority perspective.

There's a reason for taxes, just not the way we are doing it.

When this discussion runs its coarse [course], maybe we should inquire what taxes are spent on. Maybe we don't require such high taxation after all. Stop the spending!

And while we're at it, let's end the Federal Reserve. RIght now it is already too late, come the announcement of the IMF granting the Yuan world reserve currency status, watch the value of our dollar fall as it surely must.  Fiat currency is just plain paper, backed by nothing it has no intrinsic values and it is a debt based economy, none of which has withstood the onslaught of time. Come this October when the IMF makes it's annoucement, you had best get to your bank asap, while their is still money to be gotten, after Oct 20th which is a historic date for the IMF to make announcements, and this one will be HUGE if it goes as I have heard, get out now while you still can, do it prior to the run's on the banks start.

Actually income was defined. But only in terms of it's application in the WRONG section, under the treaty with Canada. Section "D". All codes must be applied and defined in the section to which they apply. More deception by our benevolent government.

Where are my fellows in liberty? The call is clear, the path is narrow, let us resolve to keep Congress on the straight and narrow path of the 18 enumerated powers. Call your Congressmen as soon as possible, spend a few minutes expressing your thoughts on what they are currently doing while maintaining the veneer of civility, but don't ever back down, these people are public servants and they serve us and not the other way around.

Keep that first and foremost in mind when talking to and with these people, remind them of their oaths to the Constitution. They chose to run for office of their own free will, and their oath is not to be taken lighty. Many good and not so good men died fighting for that document, and we must not let them to have died in vane. Their sacrfice demands our full attention all the time, and not just when it suits us.

Is there any particular reason as to why this site is printing this man's tripe?  This man is a libturd troll and I really resent his comments on our website.  WTF?  It's obvious this man's carp is being treated with respect, and I resent that.  If you let this sort of crap continue,  you can kiss my ass goodbye.  I had a very good friend of mine recommend me to your site, but I'm thinking this hain't so good.  So
Semper Fi, and maybe we'll hook up again, or fuggin' NOT, you decide!

Let's be civil and consider our language, shall we?

That said, What man are you speaking of and what do you know that I don't know about him?

Please elaborate such that we may be informed and the situation resolved.

Thank You - The Editor

I'm afraid Amendment XVI amended the Constitution in this regard. For starters and to restore the  power of the States, what is needed is a repeal of the 16th and 17th Amendments.

The supreme court stated in Brushaber V. Union Pacific Railroad 204, 1, that the 16th Amendment "created no new powers of taxation... and did not change the constitutional limitations which forbid any direct taxation of individuals."

I think we all know that SCOTUS has said a lot of dumb things over the years. That said, the 16th Amendment is an integral piece of the Constitution, and with its passage in 1913 it legally altered the original text of the Constitution. That's what amendments are intended to do. I don't like it either, but unless it is repealed it is the law of the land.

"The Congress shall have power to lay and collect taxes on incomes, from whatever source derived, without apportionment among the several States, and without regard to any census or enumeration."

It's the law until Congress and/or the States repeal it. Though the black-robed judicial oligarchs violate the Constitution with impunity and regularity these days, in truth not even the "supreme" court can legally overrule the Constitution, the latter which is supreme--not the court! Only Article V can legally accomplish that.

Perhaps the Convention of States movement will include the repeal of the 16th. We can hope that they arduously work toward that end.

Not so fast Jim,

The Brushaber case was as confusing a decision as was ever written as evidenced by this statement.

"The ruling established that income tax is constitutional as an excise tax on federal corporations, but not as a direct tax."

And here is the bottom line on the Brushaber decision:

The IRS relies on the Brushaber decision to prove the constitutionality of the income tax on natural persons, but ignores the Court's ruling in that case that the income tax is an excise tax and that the “person” paying the tax in this case was a federal corporation rather than a natural person.  The government and the IRS like to cite this case because the case was written in an especially confusing way.

You might want to go back and review these cases wherein:

Not being within the authority of the Sixteenth Amendment, the tax is therefore, within the ruling of Pollock v. Farmers' Loan & Trust Co., 157 U. S. 429, a direct tax and void for want of compliance with the regulation of apportionment.

And for further review:

This argument has never stood up, that I am aware of, before the IRS.

The IRS is a privately held corporation that has been assigned by the government to be the collection agency for another private corporation known as the Federal Reserve. Both of these corporations are illegal, immoral and unconstitutional. If you asked the heads of the mafia crime families they will tell you that they are legitimate business men.

The courts and congress benefit from these corrupt corporation allow them to pick our pockets because the American people allow them to get away with it.