Gerrymandering allow the dominant political party
to pick the voters rather than allowing the voters
to pick their representatives. 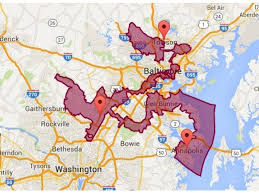 Gerrymandering is a corrupt political practice that enables the dominant political party of a state the authority to redraw  Congressional and state legislative districts with their state.

In my opinion legislative districts should be contained within the cities and counties. If each county was entitled to one representative for every 100,000 people and the county had a population of 500,000, that county would be apportioned 5 seats in the state legislature. Five districts within the county would then be created by the County Board of Commissioners.

Each county should be entitled to one senator and there shall be one assemblyman for every 50.000 people living within the county. Counties with less than 50,000 people will be combined with other counties to create legislative districts.

Each city or county hall  shall have one Congressional Representative  for every 100,000 people. Districts shall be

Reducing the size of districts and increasing the number of representatives will improve the representation of the people.

Permalink Reply by Charles on March 9, 2019 at 7:33pm
Love the simplicity of your version of redistricting. Now, Common Cause is waiting on a Supreme Court decision and they want to pass SB 139...

“Rucho v. Common Cause case that'll go before the Supreme Court this March 26 -- potentially delivering a landmark ruling against gerrymandering. But here in California, we don't need to wait on the Supreme Court's decision to speak out for fair representation.

SB 139, modeled off our successful statewide commission, requires every county with a population of more than 250,000 residents to establish an independent citizens redistricting commission, so that the people - not politicians - draw the lines. The bill also requires commissions to meet strict standards ensuring commissioner independence; robust opportunities for public participation; and transparency in the line-drawing process.

All cities with a population of 50,000 or more will be entitled to one Congressional Representative for every 50,000. Cities less than 50,000 will be combined with an adjacent city to create a Congressional District.

If the states continue to create new Congressional Districts every ten years,, the districts should have approximately 1/3 republican, 1/3 democratic and 1/3 independent voters.