Not Yours to Give by Davy Crockett 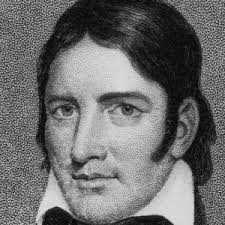 In the preamble to the Constitution it states that the mission of our government is to "Establish Justice, Provide for the Common Defense and Promote the General Welfare." Today our elected officials are promoting wars of aggression and providing welfare to specific groups of people in order to buy their loyalty.

Expenditures for General Welfare are for the common good of everyone. If a payment benefits only some of the people it is not welfare. It is simply a way for the financial elite to steal the property of some to benefit a chosen few.

Charity is a voluntary act where one individual donates time or money to benefit someone in need. Charity is the responsibility of the individual, not the government. Whenever someone is compelled to give, it is not charity, it is force. When an individual takes something that doesn't belong to him and gives it to someone else, they have committed a crime. How can government do this and call it welfare?

Permalink Reply by Mike on September 30, 2015 at 7:47am
Very well done explanation. May I suggest we ensure this message goes viral during this election season. Both the Electors and elected need to understand these very basic definitions of what our Congress is permitted to spend and NOT spend.

Does this topic clearly deal with special interests, taxes, pork-laden legislation, and campaigning by bribing factions of the population? If the People could address this single issue, wouldn't 90% of our troubles go away? The Congress would have nothing left to do except dealing with the maintenance of government, not bloating it.

What we need to re-define as intended is the term "welfare". It has been abused. Today's present government welfare programs could just as easily be addressed by the states AND the individual people. Welfare or its correct word, charity, could more efficiently be funded locally by the people, communities, churches, organized charities, and civic-minded corporations. As for disaster relief, states might organize an insurance policy for those emergency challenges. There is no need for Congress and its many departments and agencies to be burdened with more than their specific and required Constitutional duties. It's not theirs to give!

When we break down our problems, they sure get easier to handle when we stick to the basics. The KISS Method - Keep It Simple, Stupid! (Congress, if the shoe fits...)

... "So simple a caveman can do it". Or at least Davy Crockett's farmer acquaintance.

Permalink Reply by Donahue Wait on September 30, 2015 at 11:32am
There's quite a story about Crockett in Congress about wanting to us American Taxpayer funds as charity. He said 'no way Jose'.
Too bad we haven't adhered to his wisdom.
What, 47 million on SNAP and rising. A nation cannot survive with this 'give away' attitude. Look at our National DEBT NOW!!! DUH!

Permalink Reply by Eric Neckel on September 30, 2015 at 9:56pm
Voting...Seriously... Read A Declaration...AKA The Declaration of Independence...We the People must

"disolve the political bands which have connected them with another"

Voting is pertispating in their fraud...AND YOU People know that.

Help me out, what did I miss?
THE COOLAID?