Representatives and direct Taxes shall be apportioned among the several States which may be included within this Union, according to their respective Numbers, which shall be determined by adding to the whole Number of free Persons, including those bound to Service for a Term of Years, and excluding Indians not taxed, three fifths of all other Persons. The actual Enumeration shall be made within three Years after the first Meeting of the Congress of the United States, and within every subsequent Term of ten Years, in such Manner as they shall by Law direct, The Number of Representatives shall not exceed one for every thirty thousand, but each State shall have at Least one Representative; and until such enumeration shall be made, the State of New Hampshire shall be entitled to chuse three, Massachusetts eight, Rhode-Island and Providence Plantations one, Connecticut five, New-York six, New Jersey four, Pennsylvania eight, Delaware one, Maryland six, Virginia ten, North Carolina five, South Carolina five, and Georgia three. 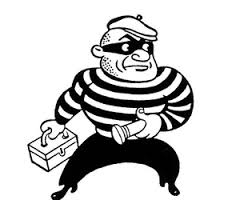 The government of the United States was authorized to collect taxes from the states, but not the people. The number of representatives and the amount of tax assigned to a state was to be determined by the population of the several states.

The idea was that if 8% of the people live in California, 8% of the Federal Budget would be paid by California. This clause of the Constitution prohibits the direct taxation of the people and sets up a respectable proportion of Representatives to Constituents at "One for Every thirty thousand. The income tax is unconstitutional because it is both a direct and un-apportioned tax in direct violation of the above. And Representation has been equally ignored as evidenced by the fact that we have CLEARLY "exceeded" the ratio - One over Thirty Thousand or 1 divided by 30,000; adjusted for changes in population. As you can see, if the population rises, Representative's numbers rise according to this ratio. This makes perfect sense, because why else would one specify a ratio and use the words "shall not exceed"?

With all this in mind, it is clear we are again experiencing a world where;

Those people that are only citizens of a state and not in any way citizens of the United States having it imposed unconstitutionally.  They have also had all their sovereign common law rights stripped away by our communist controlled gov - and that took an actual declaration of war by the communists that work thru the Bar ASS to control our gov.

I hate to be an old curmudgeon but I have to disagree in part with everyone on this issue. I do agree with Bill that the income tax is NOT unconstitutional, but for different reasons.

First of all, it is not and never has been applied to people, any people ever. It is only applied to corp. fictions, 'straw men' [SM]. No one of the people has ever, to my knowledge, been named as having a liability to pay any tax whatsoever. Their liability arises from a different aspect.

Govco doesn't need any constitutional mandate to lay a tax on its own property any more than Sears or Walmart does. Govco created all the SM so it belongs to them. It is the SM that gets hired by the act of the living man whose appellation is similar in spelling to the SM but not quite the same. The living man fills out the job application with all the info that identifies Govco's SM including the corporate numerical identifier-the SS#.

The man puts in his 40 hours and picks up the check which is made out to the all caps name, the SM. The man most probably signed some IRS form to enable the employer to withhold "taxes". Did this act create a presumption of a fiduciary relationship between the man and the SM? Maybe. They sure need a fiduciary for their SM because it is a dead entity and cannot act on its own.

Since the SM cannot act and the check is made out to it, it is a fair presumption that all income made by the SM, less allowable business deductions, can be considered as 'corporate profits'. Even if the SM had a million bucks in corp profit this year, it is my opinion that, even though there would be a firestorm of prompting, sabre rattling, fear inducing rhetoric from the IRS, they would be powerless to to take it further without absolute proof of a fiduciary.

They, of course, have been known to drag the unknowing into their private tax court for a little rough treatment, but, I suspect, they already have the evidence that the living man has consented to being the fiduciary for their SM.

What proof do they need? Apparently, a signature made under 'penalty of perjury' on a form 1040 where it says 'Taxpayer' is the requisite proof that a fiduciary has come forth. Ah, yes, We have a fiduciary! Someone has accepted the liability of acting for our SM! Bravo! Mission accomplished.

He will be a fiduciary with liability to act and pay until he recognizes how he 'volunteered' into our voluntary tax system and takes the necessary steps to 'un-volunteer' from that position-either by revocation of election or affidavit of mistake.

It appears to me, at least, that income taxes, Federal and State, are quite constitutional, however, the inducement by non-disclosure and fear tactics to volunteer as a fiduciary is based in fraud and is not constitutional.

If you have no rights, commercial laws can be applied to your private actions. This is the undisclosed basis of the income tax and the application of 80% of state laws. Certain people do not have a right to 100% of their labor, thus the gov can impose corporate tax laws upon it.

What is treason is imposing these laws upon people who are only citizens of their state but in no way connected to the United States.

"Both before and after the Fourteenth Amendment to the federal Constitution, it has not been necessary for a person to be a citizen of the United States in order to be a citizen of his state."  Crosse v. Bd. of Supvr,s of Elections, 221 A.2d. 431 (1966)

You are correct, Some people are liable to tax an income tax and others are not. People living in territories of the United States, including Washington DC and employees are obligated to pay an income tax. Listen to the testimonies of former IRA agents in the videos in this playlist.

That is the primary mistake we are all making when looking at the income tax issue. The income taxes do not apply or accrue to the people. They are lawful taxes that only apply to Govco's property, their SM.

Therefore, we need to examine our relationship with their SM entity to determine how we implicated ourselves in this scheme. If one does not comprehend how he got into the mud puddle it is hard to imagine how he can extricate himself.

I think this is the area we should put our efforts into investigating. The only thing unconstitutional about the tax scheme is Govco's fraudulent failure to disclose and its heavy-handed fear inducing tactics used on the public.

The Art 1 mandate / protection does not apply to corps nor citizens via the 14th amendment.

I agree Bill, protection of rights of the people does not come into play when they charge the fiction [their corp SM] in their private commercial courts. There is nothing in the constitution that guarantees any RIGHTS to fictions of law. The only time they pursue the living is when they create the presumption that one has agreed to be the surety for their SM. All paperwork is in the name of the SM and everyone thinks they [Govco] is talking to them. In fact, all their so-called laws always refer to 'persons' which are, by definition, fictions of law.

As to a study of the constitution, I don't think one need to delve much deeper than a digestion of the 14th so-called Amendment where it becomes clear that they have attempted to snooker the people into believing they are the 'persons' indicated therein. There you will find an outstanding example of obfuscation and word trickery.

Please forget the 'fiction / strawman' theory.  Almost everything the gov is doing it has the power to do to people who are citizens via the 14th amendment. It is the claim that state-born whites are by some miracle under the 14th that the gov gets into treason.

Check out the follow link and start reading in the section under the 14th amendment. The authority for all the tyranny is there because those people have almost no rights.

OK Bill, you've got me. I'll shut up. You are apparently the go-to guy on this.

Many years ago I realized that all the judges followed the exact same rules in dealing with people and the concept of rights. They were also quick to make it clear these are not common law courts.

I simply assumed that they knew something that the rest of us didn't - so I simply set out to find out what that was. Once I grasp the 14th amendment presumption, I found I suddenly understand almost everything the gov was doing.