The Battle of Bunkerville

Cliven Bundy, the Constitution Club's
"Man of the Year" 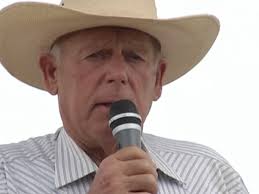 The Battle of Bunkerville
Saturday, April 12, 2014 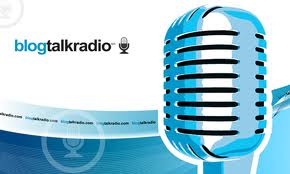 Great case where judge said BLM and Forest service men conspired against Hage and referred them to the US Attorney for prosecution.

Is the judge still alive?

But, stated President Oboma,  'that could have been my son!"  "He looks just like me!"

This action by the government employees looks very much like the Ruby Ridge episode and the Waco killing of American civilians.

One observation I would like to make then one summation. The BLM  mercs were hired to control the situation, but instead the people controlled the situation and in the faces of the BLM I saw their resignation to the situation along  with their body language  when we advanced  upon them.

Unlike Ruby Ridge when the presiding officers talked themselves into their later actions  Bunkerville showed what determination in the people can do.

We are at a juncture,  for all information  shows that Reid and Company has Monetary motivations for their actions http://www.libertynews.com/2014/04/harry-reid-a-chinese-green-energ...

But determination of the people must show no wavering in their beliefs.

we're on a new road and that forms a question.  can we the people handle the curves and the bumps which will ensue on this trek. Only time and history will show any

Well said. What the people did came from conviction of the truth. When the people know that they are right, there's no stopping us; However, this conviction of truth must survive the twists and turns you speak about.

Shays' Rebellion was an armed uprising that took place in central and western Massachusetts in 1786 and 1787. The rebellion was named after Daniel Shays, a veteran of the American Revolutionary War and one of the rebel leaders.

The rebellion started on August 29, 1786. It was precipitated by several factors: financial difficulties brought about by a post-war economic depression, a credit squeeze caused by a lack of hard currency, and fiscally harsh government policies instituted in 1785 to solve the state's debt problems. Protesters, including many war veterans, shut down county courts in the later months of 1786 to stop the judicial hearings for tax and debt collection. The protesters became radicalized against the state government following the arrests of some of their leaders, and began to organize an armed force. A militia raised as a private army defeated a Shaysite (rebel) attempt to seize the federal Springfield Armory in late January 1787, killing four and wounding 20. The main Shaysite force was scattered on February 4, 1787, after a surprise attack on their camp in Petersham, Massachusetts. Scattered resistance continued until June 1787, with the single most significant action being an incident in Sheffield in late February, where 30 rebels were wounded (one mortally) in a skirmish with government troops.

The rebellion took place in a political climate where reform of the country's governing document, the Articles of Confederation, was widely seen as necessary. The events of the rebellion, most of which occurred after the Philadelphia Convention had been called but before it began in May 1787, are widely seen to have affected the debates on the shape of the new government. The exact nature and consequence of the rebellion's influence on the content of the Constitution and the ratification debates continues to be a subject of historical discussion and debate.

That was inspiring...people don't realize the truth behind this....I sent it to a friend of mine....thanks.

i see little resemblance to the shay Rebellion as this BLM is totally unlawful. The only reason that Ranchers signed on with them in the first place was so that the BLM could manage the desert ( or so the BLM confided in them) But the truth was that the BLM manufactured laws which forced 52 ranchers to leave that area. Only Bundy and family had the visceral Fortitude  to stay and work their land.
No! God works in mysterious ways and through certain types of individuals he makes his plans known, and for what ever reason this was meant to be.

. Lets reflect on what has come down the pass here for it tells us a story and of a way to disengage from this despotism spoken of in the Declaration o Independence.

I feel this is our preparation time for what is coming next and I feel that it wont be pleasant.

It is small groups of citizens assembling to reject unfair laws and unconstitutional treatment of citizens - Shay and others stood up to fight the lenders and the Sheriffs taking their farms and putting them in jail . .

In the end it became violent and I hope the Bundy - Hage BLM-USFS fights do not - but the point is that in the end Government fails when Oppressing natural law and freedoms/liberties are rejected by the people - laws can only work when accepted by the governed.

No amount of law enforcement can overcome the will of the people.

who were the participants in the Shays rebellion? In the Bunkervile Rebellion it was a group of Cowboys who center their worth in Ranching. A cowboy has a different look at life than other people do.

Look at  Ruby ridge , Waco even back to  Gordon Kahl  and Willam Cooper they had friends they had people supporting them BUT no one was ready for the next step. remember that 1787 was just after our war for independence and the people had a different look at their lives.

The Shay took on the aspects of the continuation of those emotions. Yes we can call it the new Shay rebellion but that would cheat those who actually led that group. The Cowboy Militia I called them .Why? because Cowboys have meetings they form their own committees of Safety. And I continue those thoughts of what I feel that this should be termed as the  > Bunkerville Rebellion /p>

The Militia was there but they had a short confrontatuion with metro Police. until their leaders calmed them down. The metro Police handled themselves in  a professional way and if body language has any meaning here they supported the people. But the Cowboys were the embodiment of this rebellion and knew and understood their plans before they even arrived.

Am I wrong here? Ive been told many many times my views are skewed  but my eyes see what they see. My mind discerns what other minds discern. So I say that Shay was  point where the Nation just formed had  growth pains these were seen through out our history, but this is a later day example of people finding their  roots in those who battled for freedom before us.

And in closing I say to you all> We   the people of these counties within the States of this Republic are looking directly into the very Declaration of Independence and the reasons for its purpose.

And again I ask what is our direction now?