The Best Idea I Have Ever Had

Bailing Out the Taxpayers Instead of the Bankers 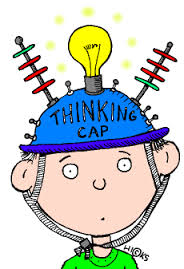 Congress should pass legislation in declaring a Tax Jubilee in 2020. No individuals, sole proprietors or corporations would be required to file or tax income taxes.

Go to the bottom of the table and go to the fourth column.to see how

This is an idea that is truly non-partisan. It will benefit virtually everyone. Republicans and Democrats, Liberals and Conservatives, the rich and the poor and anyone who wants to keep more of their hard earned money.

Why not sell some of the property owned by the government and use the proceeds instead of tax dollars to pay for the cost of doing business?

Click on the Constitution Club Banner to Help Educate America

Sounds like a Great idea.  Seems the Federal lands out West are locked up resources as collateral to Central Banks for loans.  Wherever gold can be panned from streams in America are now Federal lands where nothing can be removed.

If the income tax was abolished, the parents of school aged children would have the money necessary to pay tuition for their children to go to the schools of their choice.