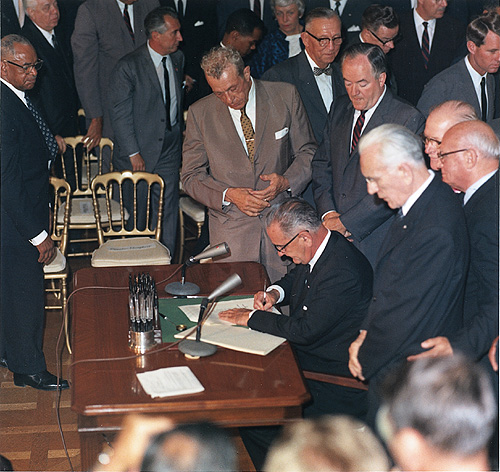 As our rights are already protected in word by the “Bill of Rights” and are by necessity an inalienable gift from God which CANNOT be granted by men with any Act or statute, The “Civil Rights Act of 1964” is Hereby repealed.

Congress shall make no law in regard to this Article.

First of all, the Civil Rights Act SHOULD NOT HAVE BEEN necessary, but because States failed to honor the constitution, the federal government had to be given the right to step in.  It waited far too long.

Second:  Why bring God into this.  It will just spark an outrage.  It makes christians look like bigots.

They are God's gift to all of us.

The civil rights act was for the benefit of Black people, since Bigots have been engaging in FUGGERY against them since day one.

It wouldn't have been needed if the government had honored the treaty to give Blacks 40 acres & a mule to achieve some type of Independence, instead they gave the BUNDY's 150 acres as a form of WELFARE.

Blacks need their own, point blank.

If white people are fed up with the government's BD, How the FUGG do you think Blacks have felt for the past 500yrs?

What the hell are you talking about? Have you lost your marbles or are you just trying to stir the pot? Either way you're not making much sense. I could rebut, but I wouldn't know where to start.

The Civil Rights Act was done as a political ploy to get black people voting Democrat.

I won't bother quoting what LBJ said as he signed it. Let's just say he made a comment that made it clear that his intent in doing so was to have blacks switch to "voting Democrat", I believe he said "for a hundred years". So if you have something cogent to say, based in reality, let's hear it.

Aside from that, the government has never honored any of their treaties with the Indians, so what makes you think they would honor any other one. Besides, where is this treaty you speak of? I have never heard of such.

As far as Bundy goes, that issue is about the man wanting the feds out and have the state of Nevada in control of the issue and it's about as far from welfare as you can get. The man and his family have been grazing cattle on that land for over 100 years and they supply the beef industry which feeds you and yours as well as others. This is a business with a history.

So if you are black and you have a chip on your shoulder, get over it. If you're not black, then your barking up the wrong tree when trying to insinuate anything about "white people" being "fed up". As for 500 years, America's history with slavery isn't even that old. In addition, white people didn't start slavery and the original slaves were white Slavs from Yugoslavia, hence the name "slaves"?

So if you have something intelligent to say, have at it. We don't foment derision here. We give our honest opinion, then move on. If you're trying to start a fight, go somewhere else. Your trickery will not work here.

Pulled himself up by the bootstraps by washing toilets & saving pennies to buy freedom?

The HOMESTEAD Act.....which was a glorified welfare program.

You guys with no concept of the Black experience are like a Championship Boxer getting into the UFC cage with a MMA fighter.....you get blown out everytime. 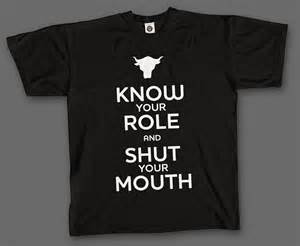 Study up on America's continuing Black holocaust & study it well, because that is what is in store for every American.....the 14th amendment ushered in equality, but while many were fighting it because they didn't want to see Blacks get treated the same as whites...they failed to realize that the goal was really to treat whites like Blacks.

(Yeah, you doubt it...while needing permission to drive, marry, hunt, fish, build a house, work, protect yourself, etc. like ONLY Blacks did pre 14th...Let that marinate for a sec )

You speak about Bundy's "Business with a history" like he bought the business & started from a level playing field....which isn't the case at all...infact, it's so far from the truth, that you are woefully unprepared to debate the issue with me if you truly believe that nonsensical drivel you're muttering.

Slavery existed before Yugoslavia, the Egyptians in the Bible weren't right, they enslaved Black Israelites. Moses passed as the Pharoah's grandson, so he had to look just like him. 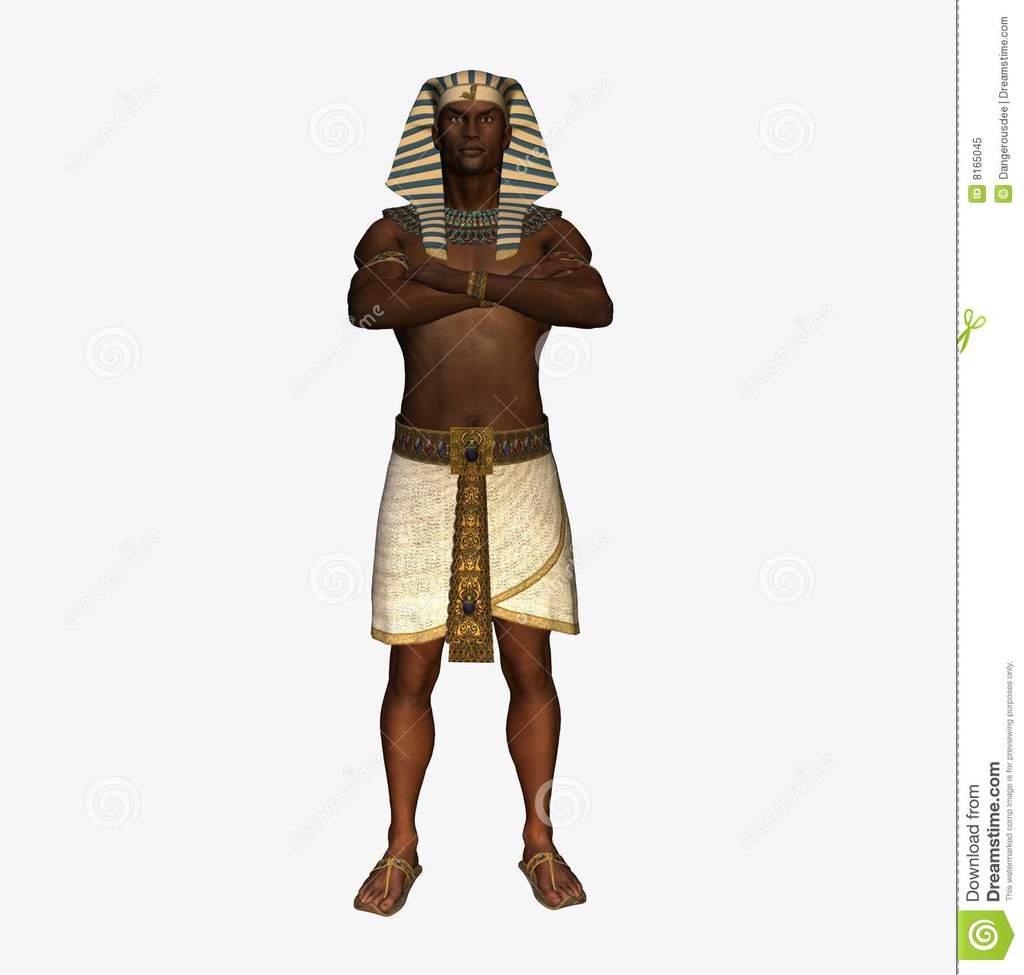 You are swinging in the wind....take the time to at least know "WTF it is you talking 'bout!"

Google is your friend!

Since you don't know about "REPARATIONS" it's safe to assume that the "Reconstruction Era"  isn't your field of expertise, so let me put it to you like this:

Imagine racing in the Daytona 500, except you were legally prevented from enetering the race until the 400th lap, and at the 401st lap, you were allowed to compete...starting from lap #1...would that race be fair, even if the ones who held you back, stopped holding you back & stated you have as much chance as anyone else?

Of course not....but if it were Blacks being held back instead of you....you could accept that much easier.....but would complain when it happened to you.

So miss me with the BS & the shallow insults & sit back & try & learn something. 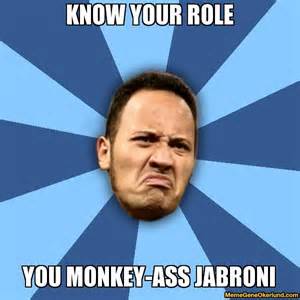 Why do you hide behind another email? We know this is you. You seem to have a serious chip on your shoulder and you will not address anything I've said directly. If there is an Act, Legislation or Treaty that was signed to give blacks 40 Acres and a mule or other "reparations" then site it. The only thing I can find that even comes close is Special Field Order No. 15 by Sherman, approved by Abraham Lincoln. That is not a treaty. You're right, Google IS my friend.

Don't just keep ranting and trying to promote some sense of racism. We here at the CCUSA are here to educate on sovereignty and freedom in reference to the Constitution, etc. We are not here to argue over race issues. Your on the wrong site if this is your goal. If you have a specific stance on an issue, state it. You just sound mad about a whole host of things without stating anything concrete.

I'm not sure I can even figure out what exactly you're talking about. If you would like to discuss the 14th Amendment and the exact language in it, I would be more than happy to accommodate you, but let me state for the record just to start, that the 14th Amendment did not set anyone free, nor did it bestow rights upon anyone. Those are a gift from God and not "subject to the jurisdiction" of a government decree or any man or government Act of ANY kind.

Start with that and use your real email, so we may know to whom we speak. I tire of your anonymous ranting and bad behaviour.

EDOGZ  very interesting  the part about Bundies being on welfare?

Funny how Cliven talks about Blacks on Welfare in a negative manner...after his family recieved a big enough chunk to last for generations.

He says Blacks send their kids to prison??

Can't have it both ways....IE: The government is justified in jailing non violent Black drug & gun "OFFENDERS" but fugg up tyrants when they are jacking him?

As far as Black America is concerned...he shot himself in the foot!

homestead act land given so that taxes are to be raised for the State to keep its infrastructure going.

they have paid their taxes. they have paid  through the sale of their beef if youd listened to Bundy youd find that his approach was from the family point of view. So why are you decrying a person who probably has the best knowledge of what common law is?

Come on you can do better than that!

Get serious....in the US?  The Common law is gunfire!

He didn't BUY the land or WORK for it...call it what you want...it's still a form of glorified welfare, while talking 'chet about Blacks who PAID & didn't recieve anything...infact, that was THIER land he was given.

If I said Foodstamps wasn't welfare, it is given to needy families so they can survive,,,you would call me an idiot....so imagine what I'm thinking.

How does being a glorified welfare recipient make one be deemed as the most knowledgable on common law?

If he was that smart...he would have won his court case...but let me guess...the government is corrupt...except when they are locking up non violent gun & drug offending blacks on welfare?

I'm not decrying Cliven, I'm just not supporting him.

It's his right to feel the way he does, just like it's my right to say "Fugg 'em" for feeling that way...agreed?

If the cattle aren't grazing on his land.......WTF is the issue?

His welfare mentality makes him feel entitled to another hand out?

I know there is way more to it than that, but that is the pretext!

That doesn't mean The Fed Informant Fat Al Sharpton will be shouting outside your window with a crowd...it means that the fish likes dark meat...but when there is no dark meat available...the fish will eat white meat!

Marty i once did a test i took a potato and traced it through the process and taxing units to where that potato sat on my table as potatoe flower. and wound up with 68% of the cost of that potato being taxes.