Things Are Not As They Seem

The American people have been deceived by a crime syndicate that pretends to be something it's not. The financial elite who lurk in the shadows have created a political structure that allows them to steal the lives, liberty and property of the people while pretending to serve them.

In order to accomplish their political agenda they need to convince the American people that our leaders are motivated by a genuine desire to promote the principles of freedom upon which our nation was founded. Nothing could be further from the truth. In reality their goal is to strip the American people of their liberty while stealing as much of our wealth as they can. 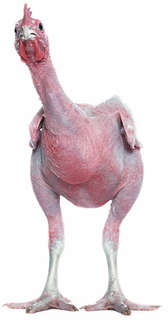 The politicians realize that the only way they can succeed is to trick us into believing they represent us and not the criminal bankers who pay to get them elected.

The criminals have seized control of the schools and the media in order to control what we think and believe. We are being collectively programmed to accept this by the criminals so they can enslave us with our consent.

The financial elite know that men and women capable of thinking for themselves are a threat and must be prevented from encouraging others to question authority.

Keeping the masses uneducated and uninformed is also essential. We will not be able to hold our elected officials accountable as long as the voters remain in the dark. The government is led by a band of sociopaths and psychopaths and we keep re-electing them because they are the only candidates running and willing to sell their souls to the bankers for political power and financial rewards.

We live in a box created by the bankers designed to control us. When we comply with their unethical directives we give them consent to be our masters and consequently, for us to be their slaves.

In order to escape the prison and regain our sovereignty we must withdraw our consent to be enslaved and refuse to comply with their laws which infringe on our God given rights. We have a moral obligation to obey just laws and a duty to disobey unjust laws. 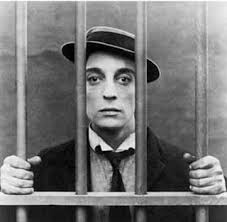 As long as we continue to obey unjust laws we will pay the price for our ignorance and we will eventually reap the rewards which are reserved for those who lack the courage to do what is right.

The government derives its power from the consent of the governed and only when a sufficient number of people withdraw their consent will the tyranny end.

I suggest that we obey just laws, but refuse to comply with those which are not. I suggest that we hold elected officials accountable. When they vote for legislation that is unconstitutional, they need to be indicted and prosecuted. Those found guilty of violating the Constitution should be stripped of their pensions and should spend the remainder of their life in a Federal prison.

Arrest all perps, high to low level, agents world wide. Thus would be the message to the world.

It would be a lot easier to just get united and demand our money represents wealth not debts and it would be better for everyone.  Then you could hand the one percent at the top.

Most know that the CONstitution and CODES don't apply to any of us.

Folks should check out Marc Stevens, if you don't know all ready, as he created the WEB SITE called "THE NO STATES PROJECT".

In order for change to occur, it is not just enough to know facts but know how our Rights are ASSERTED.
All GOVERNMENT employees are the only ones who are subject to the above, not the people, yet that is all that isn't what has occurred.

If anyone has elected to be a "VOTER" = SLAVE, then you need to do rescission by revoking the VOTER REGISTRATION (consider what this means) and also stop filing with the IRS, as in so doing you have agreed that you are a FEDERAL CITIZEN.

We need to band together in ASSEMBLIES to force change and be united that way.