The People's House Has Been Stolen

In the early days, the House of Representatives was truly the People's House. The people were well represented and the men elected to serve were accountable.

As the population of the country continued to grow, the number of representatives increased at a snail's pace and did not keep up with the rules of apportionment. Originally the average District represented approximately 33,000 people. Today the average district has over 700,000. Why?

I don't think it makes one iota of difference. Its not our government and hasn't been all of our lives. So why would the owners of the federal corp. give a damn about what our perceived needs are. There goal is to keep reaping the profits of the national bankruptcy for the Rothschild/Vatican Mafia that has been going on since 1790.

We talk about the Constitution like its some fortress protecting our rights. More BS. In fact, just what is a constitution? A constitution is an agreement as to who will be responsible for the national bankruptcy. They throw  a lot of jargon in there about how the government is to be run. When it suits them they come up with a new constitution [1871]and as anyone with his head out of the sand can see, they slowly shred every tenant that appears to be any kind of warranty for we the people.

This begs the question: Why should we care how they set up their government when we are totally powerless to revert back or to introduce a government that is truly of, by, and for the people? I think the best we can do at present is to learn how to conduct our lives as we live in the shadow of this ominous beast. The key to the entire system they have fastened about us is to know who you and know what their real authority is. Their so-called laws are not binding on the living and their jurisdiction is limited to commerce. 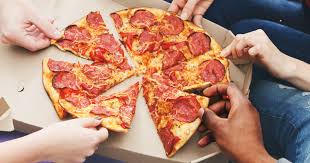 Political power is like pizza. It can be shared by the few or by the many. The larger the number of people at the table, the smaller each person's share will be.

When all of the political power is shared by only 435 Congressional Representatives, they will have virtually all of the power and the people will have none.

To increase the power of the people, it is necessary for us to reduce the size of our Congressional Districts to no more than 50,000. This would effectively transfer the power from the corrupt career politicians who masquerade as public servants back to the people.

To fairly apportion the House of Representatives, we need to divide the population of a state by 50,000. If the quotient is a whole number with a fractional equivalent, the fraction needs to be rounded up or down to the nearest whole number.

If representation was a gigantic pie to be shared equally by all of the people in a Congressional District the slice being allocated to an individual in a district of 750,000 would be extremely small. If the same pie was divided among 50,000 constituents, each person would have a much larger slice of the political power.

I guess I didn't make my point. What difference does it make if a State has 6 representatives or 60 based on population as originally provided for? If those reps are bought and paid for by the PTB we still end up with zero true representation for the people. The game is rigged and its certainly not in our favor. Does it make sense that having more reps will, by shear numbers alone, provide us with true representation?

Does anyone think that the few that compromise the Elite who control about 90% of the world's assets and wealth can't control who those 60 reps are and what their political loyalties are going to be?

Every one in the political arena knows exactly how they got where they are in the election process. Am I saying that it is impossible to elect someone that is actually loyal to the people? No. We have had a few such as Ron Paul and Rand Paul but they are so rare they stand out like a sore thumb and are completely marginalized by the owned hecklers of the MSM. They will always let you win a small battle if it doesn't jeopardize their main agenda.

Thomas Jefferson advised that when the government created to secure our liberty becomes abusive it is our right and our duty to alter or abolish it.

We have put far too much faith in the words on a piece of paper. The system can't work unless the people are informed and well educated on the principles of sound government. With liberty comes responsibility and as long as the ignorance and apathy continue on the path we are doomed.

The International Bankers and Wall Street Corporations have seized control of virtually all of the political power in the world and they will continue to rule the people until the day that the people collectively take responsibility. Until a sufficiently large number of people wake up and decide to truly govern themselves we will continue to be enslaved by tyrants.

It is impossible for a blind man to see the light. I have assumed the role of helping to educate people in order to motivate them to seek solutions.

I agree with that perspective. If everyone were appraised of the fact that codes, statutes, rules, regulations, and ordinances only apply to legal fictions and not the living, the people will start to recognize that Govco's magical power is based on the operating presumption that the living have agreed to be the fiduciary for the fictional straw man attached to each of them without their knowledge and consent. Once a significant number of people see through that facade, they can then join established groups to learn how to deal with it. People are waking up but not enough at present to effect any type of major change in the status quo. A sufficient number of non-participants in their commercial system would, over time, lessen their grasp of power.

We need a 'sufficiently large number of people' to wake up and take action to overthrow this privately held conglomerate of so-called government agencies. That is precisely why the PTB put tremendous energy into distracting the people with endless meaningless prattle from the MSM, geared to create as much conflict among the people as possible. Other distractions such as iphones, gaming, Facebook, etc. are there to keep the witless occupied with mundane BS. They have become the blind that you refer to. They will never see what is unpleasant for them to witness. They are captivated by senseless dribble. We can never look to any of them for support to change the system.

I am not, nor is it my intent to discredit your efforts to awaken the slumbering, Keith. In fact, I commend you for giving it your all to inform those wanting to know what is needed for a beneficial change. What time and experience have proven is, it makes absolutely no difference to cast your vote in a system where the out come is based on a 'heads I win, tails you lose' paradigm.

I certainly hate the aspects of a violent civil war but I don't see an option to our current dilemma without some type of action of that nature. The Elite are so entrenched and emboldened, I believe they would kill the entire world population to maintain their position.

In order to be truly free, we must govern ourselves and take individual responsibility for our decisions. When we blindly obey rulers, we become their slaves. We must never obey a law that violates another man's life, liberty or property.

Thank you, gentlemen! There is going to be a meeting to establish a Jural Assembly the first part of May in Wyoming. All God's best to you! dan

I've known Dan P for over a decade and i agree with his perspective. I've known Keith from afar for several years as well. Adding hundreds more idiots per State can't possibly solve anything, especially if none of them understand Article 1 Section 8 of the CONstitution! Chisholm v Georgia: from Justice Wilson: "The only way a freeman can be bound by human laws is if he binds himself". Until a significant number of people understand this basic concept, we'll never get anywhere.

As for Dan H suggesting that forming a "Jural Assembly" in Wyoming has any merit, my response to that is, Why would someone from another State bother to have anything to do with such an animal? I don't remember reading anything about such critters in the Declaration of Independence, the Articles of Confederation or even the CONstitution. In fact, the first i ever heard of such a thing was around 1994. So, it's little wonder something brand new has caught the eye of so many ignorant people. Just underlines the problems we face getting back to real republics!