The Real Cause of the American Revolution 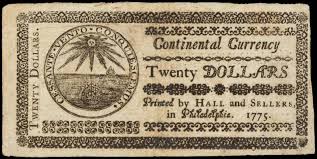 The Currency Act of 1764 was the primary cause of the American Revolution. Before King George and the British Parliament passed the Currency Act the colonies were prospering, but when they were forced to pay for all goods imported from England with gold and silver they were forced to borrow from the London bankers in order to pay for the everything they imported from England.

The Constitution granted to Congress the authority to issue our money and the responsibility to regulate  its value. In order to prevent inflation it is necessary to issue an amount of money equal to the Gross National Product. Printing too much money creates inflation and devalues the dollars in circulation..

The punishment for counterfeiting and/or debasing the currency was the death penalty.

The London Bankers control our monetary system and the