The Teachings of Mahatma Gandhi 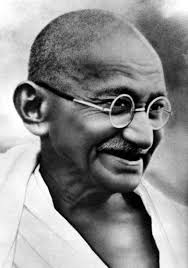 Teaching # 1: Power is of two kinds. One is obtained by the fear of punishment and the other by acts of love. Power based on love is a thousand times more effective and permanent then the one derived from fear of punishment.

Teaching # 2: What difference does it make to the dead, the orphans, and the homeless, whether the mad destruction is wrought under the name of totalitarianism or the holy name of liberty and democracy?

Teaching # 4: An eye for an eye will only make the whole world blind

Teaching #5: We must become the change we want to see in the world.