Two Nations Would Be Better Than One 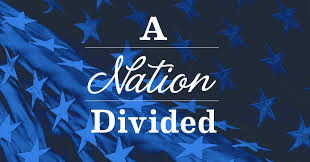 We are no longer the United States of America. We have become divided  into two major factions. The first believes in the principles of individual liberty and personal responsibility. The other believe that the rights of the people can best be managed by an elite group of bankers, lawyers and politicians.

The progressives believe that individual rights need  to be sacrificed for the greater good of  the greater number. They believe that the government is the highest authority in the land and that the people are obligated to do as they are told.

Our nation is divided into two factions who are continually at odds with one another. James Madison in the Federalist Papers and George Washington in his Farewell  Address warned us of the dangers of factions.

Perhaps rather being one nation divided,  we should become two separate nations.

Rather than having one nation that is disunited, why don't we create two separate united nations? I think that California should secede from the United States and become a new blue nation and Texas were to secede and become a red nation.

Any of the other states who desired to secede could they join the republic of California or Texas. Any resident unhappy with the political ideology of their new state would be able to free to pack their bags and move to a state where their values were shared by the vast majority of the residents.

We are not one nation indivisible, we are 50 separate sovereign and independent nations that have banded together for our mutual defense.

We are not one nation indivisible! We aren't even 50 separate sovereign and independent nations!. The Articles of Confederation style of government you speak of was abandoned in 1781 being usurped aka a coup d'etat by the royalist George Washington (who was related to the dutch king .. the ones that own the foreign country, Manhattan Island) and all (but 1) subsequent pResidents were related to Georgie boy which would make our form of a government a Monarchy.

The church of The Vatican is the right answer. And the company you speak of owning Manhattan was The East India Trading Co.; the same individuals who still "own" America today.

There are 3,142 counties and each one of them is required to have a republican form  of government. We need to rebuilt our country from the bottom up, not from the top down.

Each is guaranteed a Republican form. There's no requirement for them to accept it.

I believe that is exactly what we have now.

Problem is we must pull it off soon. As migrants flee oppressive blue states, like locusts they will, of course, descend on red states where many of them routinely begin to transform their haven into the dystopian state which they fled. And as the conservative underpinnings of the red states dissipate, so goes any opportunity of peaceful secession. The only viable remedy remaining will be rebellion. Have been a member of the Texas Nationalist Movement for many years now. Yes, the handwriting on the wall was painfully obvious way back then. My concern is Texas' vigorous encouragement to blue state folks to settle in TX. But I fear the benefits of this economic strategy are short-lived.

Permalink Reply by Charles on May 4, 2019 at 7:27pm
They’re being sent to the red states.
You will never have any peace but only third world problems as you try to prosper isolated from nearby blue states.

Venezuela is the end result, the model for chaos. Hungry refugees flee into Colombia. Mexico sends them to the US border. Get the picture???

You better have long term strategy in place. Anything goes when there is rampant anarchy.

Charles, I am mystified by your comment above. I must be misreading you--I hope.

2.Third World problems can be avoided in Red states if they defend themselves against the importation of Blue state third world economic models and mindsets.

3. Venezuela is the result of what? A Red state defending itself from the nihilistic forces of Blue states? Please. Venezuela is an extreme example of a California or New York wherein the residents are unable to prosper and forced to flee to sane economic models.

4. Patriots' "long-range  plan" should entail a commitment to protecting ourselves from being overwhelmed from within or without by alien political and destructive economic models--and, of course, our firm commitment to return to constitutional order which will ensure a continuatin of economic vitality. So long as the newly independent nation doesn't stupidly revert to bone-headed political and economic models which have demonstrated their unworkability in other states, secession would ensure constitutional stability and economic prosperity.