Bigger is Not Necessarily Better 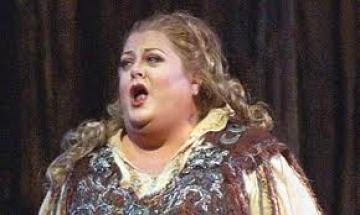 We are not now, nor have we ever been "one nation, indivisible, with liberty and justice for all." The United States is not one nation, it is 50 sovereign and independent Republics.

As states were divided and new states were created the nation grew stronger. The founding fathers believed that it was much more difficult to govern large republics and than to govern smaller republics.

Today the largest states are too complex to be managed efficiently. The larger the governments become the more likely they are to abuse the rights of the people they were elected to serve.  More government means less liberty.

I believe that California, New York, Texas and Florida should subdivided into multiple smaller governmental units..

Population of the States

The states are being equally represented in the Senate,
but the people are not. In the case of Reynolds v Sims the Supreme Court ruled that representation in the state legislatures was to be based on population, using the principle of one person one vote. Apparently, the rules which apply to the states do not apply to the Federal government.

If  Los Angeles County were to become a new state it would be the tenth most populace state in the United States.

Permalink Reply by Donahue Wait on June 24, 2017 at 9:36pm
Taxation without Representation.
Some say that's what the Civil War was all about, Northern States taxing southern States.

You can call it what you will.

The Congress majority was Northern so they ruled the votes.

They  had already voted to prohibit selling cotton to ANY foreign country meaning that the North was the ONLY market for the South.

The Southern Congressmen walked out when they assembled and found out that the Vote that day was to set the PRICE of COTTON!

With No Other Market, AND the price set so low that there was no profit, there was nothing left to do but to LEAVE!  That created a situation of (Latin) sine die!  That is: "Without Day" meaning that the Congress could NOT meet again!

The UNITED STATES was created at that moment!

Without a quorum to set the next meeting date, the Congress was effectively DISBANDED and the Constitution was VOIDED!

As a lawyer, Lincoln knew this so he ordered the Southern Congressmen to be ARRESTED by the military and forced to return to the Congress.

The War of Northern Aggression was then ON!  That is why it is 'called' the "Civil War", they do NOT want the truth to be known by the public.

Once they realized that there was no longer ANY oversight, they began building their KINGDOMS of Political Power and we can ALL see what that meant!

The biggest money grabbers in Washington D.C. are NOT the "Makers", instead, they are the ones who only STEAL from the Public Coffers.

Allowing more of these into our pockets is NOT the correct answer.

A "Grass Roots" effort to return power to the people is the way to correct this SCAM!

Take back the City, then County, and then State government and we can regain control of the Federal Fraud!

Too much taxation without adequate representation is a huge problem. Large state and Federal governments are inefficient and spend money we don't have on things we don't need and can't afford.

When it comes to government smaller is better and when the people have greater representation the government is far more accountable to the people.

Originally, the Senators represented the State and NOT the people!  They were PAID by the State and so their Home State had control over their actions.

The BAR changed this so that there is NO oversight / control and the Senators are not responsible to ANYONE, just like the Representatives!

When a State (Governor or Congress) didn't like what their Senator was doing, or, just had questions, they WITHHELD the pay and the Senator ran home to see what was wrong.  (Euphemistically, of course, since it took quite a bit of work and time to travel then.)

The United States of America IS a Nation of many States and should NOT be a Federalism!  The Federalists wanted a superior Top Down Government while the Anti-Federalists (Nationalists) wanted the 10th Amendment to be the controlling factor with the States remaining Supreme.

The BAR Attorneys won and now we have a Money Hungry Federal Graft Machine that is making 535 people RICH while they are only getting paid less than $200,000 each/per year!

Making more States to make More people rich is NOT the answer!

Term Limits and more Recall Elections is the way to regain the people's authority  over the INCUMBENTS!