Who said Those who ignore history are bound to repeat it? 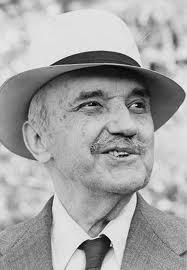 Who said Those who ignore history are bound to repeat it

The commonly used expression, "Those who ignore history are bound (or doomed) to repeat it" is actually a mis-quotation of the original text written by George Santayana, who, in his Reason in Common Sense, The Life of Reason, Vol.1, wrote "Those who cannot remember the past are condemned to repeat it." Rooted in the philosophies of Socrates, Plato, Aristotle and many others to follow, his biography (1863-1952) and more contemporary intepretations and observations about man and life can be found at Wikipedia by searching for George Santayana. Stanford University online also provides an outstanding and much more detailed background on this important and profound philosopher, essayist, poet and novelist.

Santayana's quotation, in turn, was a slight modification of an Edmund Burke (1729-1797) statement, "Those who don't know history are destined to repeat it." Burke was a British Statesman and Philosopher who is generally viewed as the philosophical founder of modern political conservatism.

Just to add to the above, a classic example is Hitler's invasion of Russia. Napoleon had done that, and Hitler made the same mistake, and suffered the same fate. On both occasions, the Russians simply retreated , drawing the enemy further and further into Russia in their advance, and then, when they Russian winter struck, and the invaders were unprepared and ill-equipped to deal with it, they were slaughtered in their thousands during their retreat.

The above example is too simplistic. Actually, Hitler was fully aware of Napleon's plight and had planned meticulously how not to fall into the same trap by using the new offensive technique of Blitzkreig (lightening strike). The plan was for Army Group North to take Leningrad, Army Group Centre to take Moscow and Army Group South to take Stalingrad and the Caucasus oilfields. All before the winter weather made mobility impossible.

Nevertheless, the six week campaign led to Operation Barbarossa being launched five and a half weeks later than planned, on 22 June. Weather (rain and mud at first before the snows) slowed the advance from early October onwards, meaning that the Blitzkreig part of the campaign was shortened from the planned 20 weeks, to just 14. How vital those six weeks would have been we will never know but whilst none of the main city objectives (Leningrad, Moscow and Stalingrad) were taken yet all three almost fell. After taking three million Russian soldiers captive during the advance, only 90,000 remained to defend Moscow by late 1941 for example.

Arguably it wasn't ignoring the lesson of history that was Hitler's fatal mistake, it was not adapting to changing circumstances.