Who Was the Constitution Written to Protect? 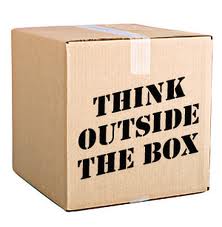 The Constitution was not written to protect the rights of women. It did not provide protection for the Native Americans or the slaves. The only people that it was written to protect were the white males that owned a sufficient amount of land. Only the rich, white men had rights and every one else had privileges

Less than 40,000 of the people living in Virginia in voted n our nation's first Presidential Election in December of 1788. Since the population of Virginia at that time was nearly 800,000 only one person out of 20 voted for our first President. 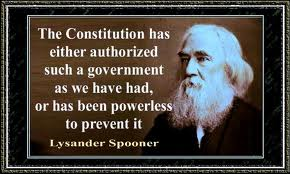 The government schools have taught us what the government wants us to believe, not necessarily what is true. As long as we continue to think inside of the box that they have created for us, we will continue to be obedient lap dogs rather than free and independent thinkers.

The Constitution was not followed, because of the ignorance and apathy of the American people. We have put too much faith and trust in our leaders and have given them our consent to do whatever they collectively think is best. We need to question authority and get educated. We need to support the principles of liberty and reject tyranny in order to survive. Before we can solve the problems that confront us we need to think instead of accepting all of the propaganda we receive from the government owned schools and media.

If the constitution was followed and not ignored over and over again through the years we wouldn't be in the sad shape we are now in. If a law is not enforced resulting in dysfunctional government, that does not make it a bad law. As a society, we have accepted too much corruption, that is the problem.

Permalink Reply by Peter van der Heiden on August 1, 2013 at 8:55am
Well we no longer practice slavery in the United States And as I said before " we the people" means all Americans. We don't need to think about it. All Americans are equal today. Stop attacking the Constitution!

The 13th Amendment abolished slavery and involuntary servitude but it allowed for voluntary servitude. Men and women that are in debt are slaves to their creditors. By entering into contracts with the bankers and financial elite they have consented to their enslavement.

I respect you and would like to encourage you to share your opinions even when we are  in disagreement. We can not solve problems with discussions. It is not my goal to change your mind about anything, it is motivate individuals to think about the problems we are facing and to think critically in search of answers.

While what you are saying here is true, it must be framed within the context of the times.  Prior to 1776, no attempt at limited Republican government had ever been attempted.  What they gave us was a framework for such things as women's suffrage.  The Constitution needs adjustment to the times.  The Anti-Federalists wanted a right to jury nullification of bad laws.  I wish Patrick Henry had gone to Philadelphia and eloquently fought for this provision, rather than staying in VA because he smelled a rat.  Rats need to be dealt with, not ignored.

Permalink Reply by Peter van der Heiden on August 1, 2013 at 9:29am
I don't think your statement "We the white rich men" Is defending the Constitution.

Slaves were not considered"men" at that time. Liberty was the declaration of freedom of the current concept of "men" from the tyranny of England. The concept of viewing all people as men evolved through compassion and advancement of education. All evil is not instantly recognized as such.

I think many of "WE" consider the Founding Documents in a "Democratic" way and NOT a form of Republican Governance...

Our Founders meant for the people who had some "Skin in the Game" to make decisions concerning the "Running" of the Government. It wasn't supposed to be a Popularity Contest as it is today...

What the hell do most 18, 19 and 20 year olds know about ANYTHING, much less have the "Life Experience" to make a educated decision on the Representatives that make laws and treaties????
Why do we need 2 people from each household to vote? And that household should include others besides just the "Land Owners",,, But, it should NOT include Welfare recipients and Freeloaders (Black, White, Red or Yellow).

We need Representation, NOT Leaders...

I don't want to Follow ANYONE, I want my Congressman or Senator to do MY Will NOT His/Hers.

We have all this Backwards....

I will schedule a conference phone call for all of the members of the Constitution Club that would like to discuss this recent discussion that I posted today regarding the "Who the Constitution was Written to Protect. To participate in the discussion call 1 (347)884-9499 at 6:00 PM Pacific Standard Time. I encourage everyone that has read this post to call in and voice their opinion.

Professor, first, please accept my apology for the terseness on my post. I suppose it just hit me wrong. Still, "We, the rich white men"?

Second, whatever percentage it was, not all of the colonists, for whatever reason, were in favor of a fight with England. Only a few brave "rich white men", who were educated and who had studied history saw the value in a fight with England; in a struggle for freedom from a tyrannical government. The great many others who didn't see that value and who probably weren't as accomplished or as "rich" were indoctrinated... were used to being told how to live their lives and were too afraid to step out of line.

Fourth, our original Constitution was by no means perfect. The culture of the time tolerated slavery and the subjugation of women, though not all the people subscribed to it. The 13th and 19th Amendments were, absolutely, further attempts to tweek a document that is still a 5000 year leap over any other constitution in this world. Was our original constitution meant to protect only the posterity of the Framers or of all the American people? (Wow, what a question.) I firmly believe that it was meant to protect every American citizen. Again, at the time the original Constitution was written, a culture that tolerated what today we consider injustices was at hand. Throughout our history, however, we have, as a Christian people, and in the face of a once benign evil, now a full fledged hurricane of evil, tried to do the right thing. The people, that is the educated and moral of us, want to do the right thing... even insist on it. Unfortunately, that has become a difficult thing to do, what with our representation in government all but completely snuffed out.

Please check up on your statement that only 3% of the people supported the revolution. I think you will discover that your numbers are incorrect.

I believe that the framers of the Constitution were mortal men and that the document they drafted was built upon the principles articulated in the Declaration of Independence. While to document was excellent in many regards, it did not promote equality and justice for all. It frankly did not even recognize that women had the same God given rights as men. It also allowed the states to perpetuate the institution of slavery.

The framers of the Constitution declared in the Preamble that they were desirous to establish justice, insure domestic tranquility, provide for the common defense, promote the general welfare and secure the blessing of liberty to ourselves and our posterity . . . . . . .

I truly regret my earlier Facebook post of the the letter from the Constitution Club soliciting financial and other support. I who have been called a rabid fan of our Constitution. Those of my contacts who went out of curiosity to see what the ning site was were greeted by the same claptrap that the government schools use to indoctrinate our children. To post such a banal example of group think on a site that is supposedly pro-Constitution beggars belief and causes me shame.

There will be a discussion on blog talk radio which I want you to join.  Keith is a strong advocate of the Declaration of Independence.  He sees flaws in the Constitution which I agree with, but this does not mean that we are against the Constitution.  We are for liberty.  The Constitution was the best effort by the men at the time.  But a reading of the Anti-federalists points out caveats against the Constitution which have proven to be correct.  Please do not be so quick to judge Keith.  There are few men in our day who have labored for the cause of liberty like he has.  Please join us for the discussion and you will be able to voice your constructive criticisms.  I have advised Keith numerous times that he must work on being tactful.  At times he is the proverbial bull in the China closet.  But he is in love with liberty and you need not be ashamed for posting support for his efforts.  I just wish you would be patient.  None of us are perfect; we need to hear each other before making judgements.  God bless you, Debi.

I truly regret my earlier Facebook post of the the letter from the Constitution Club soliciting financial and other support. I who have been called a rabid fan of our Constitution. Those of my contacts who went out of curiosity to see what the ning site was were greeted by the same claptrap that the government schools use to indoctrinate our children. To post such a banal example of group think on a site that is supposedly pro-Constitution beggars belief and causes me shame.

Is that today, August 1?

I will schedule a conference phone call for all of the members of the Constitution Club that would like to discuss this recent discussion that I posted today regarding the "Who the Constitution was Written to Protect. To participate in the discussion call 1 (347)884-9499 at 6:00 PM Pacific Standard Time. I encourage everyone that has read this post to call in and voice their opinion.