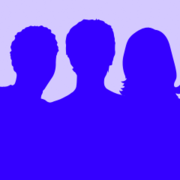 You need to be a member of North Carolina- Friends of Liberty United to add comments!

Her problem was that she had a license for her straw man to operate a business. We don't need to just open up, we need to tell them where they can shove their licenses. If people knew the authority Govco has is only over the straw man estates and not the people unless they consent to all these licensing scams, we could get somewhere.

These governors are showing their hands as to what real scumbag bastards they are. They owe their positions to the mafia and are doing its bidding---at our expense.

When you get a citation for speeding [or any other infraction of their public policy] you have a choice. You can trot on down to the clerk's office and do a refusal for cause --'my cause is that I don't agree to be the surety for the SME that you have charged, dated, and qualified signature' written diagonally across the citation and given to the clerk. No, I'm not interested in contracting with you today.

I'm sure that everyone has noticed that when someone is in court and is found guilty the judge will say 'will the defendant please stand while I pass judgement'. The SME is the name on the charging instrument and it was the SME that just got convicted but they look pretty stupid putting apiece of paper in jail. what they needed was a surety--one to pay the fine and do the time for the defendant that was just convicted. You volunteered for that role when you stood up.

Dr. Dan. Roy Cooper is not going to be reasonable just because we ask. I am in agreement with those who want to just open. HOWEVER; Look what is happening to the beauty salon owner In Texas, Shelley Luther, who went before a judge and was then thrown in Jail The AG and Governor, of Texas, stood up for her and she only spent two nights in Jail. Now agencies are asking and inspecting, to see how she treats her children.  The licensing board is reviewing her license and it is just a nightmare.  Even so, this brave woman said "

quote: In a conversation with ACU Chairman Matt Schlapp, Luther encouraged her fellow business owners to open their doors as well.

"I think the best momentum would be if everybody just decided to open up," she suggested. "What are they going to do? They can't do anything if we all open. Right now. Everybody. Are they really going to go and arrest every single business owner and cite every business owner?"

I have spoken to Restaurant owners who tell me that if they fight the "man" they may never get a good health department report again. Even if they sue the state, there could be retributions, next year.  We have lost our freedoms.  Congress in NC is mostly Republican, both the Senate and the house. The Lieutenant Governor is a Republican. So HOW in God's name did we end up with a Democrat for Governor. Rhetorical Question. I know the answer. I remember the delay in getting the results after Cooper's numbers did not show a win.

Since we know the entire plandemic is a charade with no real concern for public welfare whatsoever, where's the question here as to what we should do? We've got a lot of fictional entities with no lawful authority over living beings telling us we should be terrified and follow a bunch of idiotic restrains.

We have a duty to do the very opposite of what they are telling us to do. Instead of cowering like a bunch of wimp-assed sheep wearing masks to protect us from a BS ailment, we should all be out there doing what we should be doing.

What are the 'authorities' going to do if 500 people congregate in close proximity on the beach? What are they going to do if all the churches are suddenly packed to the brim? I say plan mass meeting events and tell the authorities to kiss off. Even if they start their professed mass arrests we already know hundreds of ways to defeat their false charges.

I say the answer to this conundrum is to grow some cahones and tell them where they can shove their phony fear tactics and marshal law. Its time we stood up and made them take notice that we are not going to abandon our natural rights.

Some of us had figured out that 9/11 was an inside job aimed at stealing our rights with 48 hours and this one started to stink like yesterdays meals on wheels in about the same time. Governor Cooper is just another demagogic bastard that owes his position to the filthy mafia that created this whole goat screw.

Governor Cooper insists on governing as if one size fits all.  I am not interested in being subject to his executive orders that treats the citizens of our rural county (Cherokee) as if we were no different than Wake, Mecklenburg, Buncombe, and Winston-Salem.  I have attached a resolution from our county commission asking him to allow each county to decide on an appropriate timetable to reopen for business.  I have attached a copy below.  Please use it as you see fit to put pressure on this liberal tyrant in Raleigh to set us free.