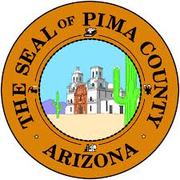 Subject: Please state for the public record exactly what your position is, concerning the possible passage of federal laws restricting gun ownership and your potential enforcement of such potential new gun laws, in light of the Second Amendment to the Constitution of the United States of America.

As one of your Pima County, Arizona, constituents who is very concerned about the future of these United States of America, I call upon you to respond to this private letter publicly, defining exactly what your position will be with respect to enforcing existing and possible future laws banning the possession and use of guns by private citizens in Pima County.

I shall never forget the agony we all suffered when Gabby Giffords and so many others were killed and wounded, about three miles from our home.

And I empathize closely with this statement, attributed to you: "Pretty soon, we're not going to be able to find reasonable, decent people who are willing to subject themselves to serve in public office" http://www.huffingtonpost.com/2011/01/08/sheriff-clarence-dupnik-a_n_806303.html.

However, this statement, "Dupnik said he supports most of President Obama's gun control proposals http://www.topix.com/forum/guns/T3U415K99MGTLK6H3/p44, leaves me wondering just what you would enforce and just what you would not enforce, of current and possible future gun laws. And I wonder how you square your position with that which seems (at least to me) to be demanded of you by the Second Amendment to the Constitution of the United States of America.

I hope that you will respond to this letter directly to me and will also make your position clear publicly, by close of business, Friday 8 February 2013. I shall interpret a lack of a meaningful and clear response to mean that you intend to enforce whatever federal gun laws exist now and in the future, to the fullest possible extent, despite what is written as Amendment #2 to our Constitution. Your clearly stated position or lack thereof will guide my future thinking and actions in these regards.

Please add your name to the list at http://cspoa.org/sheriffs-gun-rights/.

Given the lack of any response at all from Sheriff Dupnik to the letter posted just above, it has become self evident that Sheriff Dupnik is not a Constitutional Sheriff, within the context of this Website in those regards.

This constitutes an open invitation to Sheriff Dupnik to join in this discussion after becoming a Member of the Arizona Group and the Pima County Group.  I shall also make that invitation directly to him and or one of his employees/representatives.

My own goal is to convince Sheriff Dupnik that he has no choice but fully and unequivocally to enforce the Second Amendment of the Constitution of the United States of America, as written and without any interpretation beyond the bald meaning of those words, the document in question remaining the most fundamental document in our entire legal system, and no Constitutional Convention ever having been held that has legally altered the force of Amendment #2.

Please (if you have not done so already) join first the Arizona Group and then the Pima Co. Group:

I'm hoping to get lots of good ideas as to where we should take this from here.  In part, that will depend upon whether Sheriff Dupnik does or does not decide to join the discussion.  Please don't be shy about sharing your ideas with each other and with me.

I don't know how any state, county, or city can enforce any gun infringement laws, when the 10th amendment states anything prohibited by the constitution, the states respectively or the people, can…Continue

Is Clarence Dupnik a Constitutiional Sheriff?

You need to be a member of Pima County, AZ to add comments!

I shall be posting this open letter at the Constitution Club Website and sharing it more widely as well.

I am deeply troubled by the silence with which you have confronted me, after my having repeatedly asked you to clarify your position with regard to Pima County Citizens' rights to bear arms, which is guaranteed under the Second Amendment of the United States Constitution. But you are on record as being a supporter of " ... most of President Obama's gun control proposals", and that makes me wonder what other parts of the Constitution you oppose.

"Sheriffs Across U.S. Rise Up Against Obama Regime"

and the many other sheriffs who have been brave enough to stand strong against Federal gun-control efforts.

If you are willing to violate your oath of office, do you merit keeping that office?

Please clarify your position once and for all, in favor of joining our stand against tyranny.

Thank you for giving these matters your honest and forthright consideration.

P.S., Space for the above letter was not permitted at http://www.pimasheriff.org/contacts/

where I have simply pointed Sheriff Dupnik to this entry.

I went to his facebook page and asked the sheriff the same questions - no response...we have a commie sheriff in pima county - now you have to question each deputy....

Thanks for sharing that, rocquedog.

I hope he's listening and exercises his opportunity to respond.  We have no legal authority, but it seems that it would be a very good idea for Sheriff Dupnik to tell his side of these stories.

Very strong feelings are being aired here.  And I'm not here to argue with exercising your First Amendment Rights from the Creator.  So, having no evidence to the contrary to date, I am tempted simply to accept this record from several "negative sources" at face value.  Still and all, my sense of fairness dictates that Sheriff Dupnik ought to be given some time to respond here, as well, before we discuss remedies in detail.  I just today (13Feb2913) pointed him to the Pima Co. Group and invited him to join us.

How long should we give him before we move on to consider our options much more closely?

Dupenik has shown his true colors on many occasions throughout the past 20+yrs.  He is anti-Constitutional and anti-veteran.  We must not forget how he ordered his SWAT team to take down the marine just back from Iraq.  Google Jose Guerena and you will read about a vet. that was tried, convicted and executed by deputies with no evidence indicating that Guerena was guilty of anything.  Also,  in the Gabby Giffords inc. where Dupe nik accused the TP of being involved and the cause of the shooting.  I feel sorry for those in Pima Co. especially if and when the SHTF because we know what he will have his dept. ordered to do.  He is a traitor to his profession and to his oath.  Patriots need to remember that when he starts kicking in your doors at 0400hrs. looking to confiscate your weapons!

I think that only recall is available, within the election process; assuming that Sheriff Dupnik does not alter his stance.  I don't know what will happen to the recent Senate bill requiring law officers in Arizona to honor Amendment 2.  I don't think that Gov. Brewer has yet signed it into law.  Please correct me if you know or learn otherwise.

I'm not ready to talk legalistically, thinking that Sheriff Dupnik deserves all the chance we can give him to clarify his position re protecting and defending the Constitution of the United States of America.

Sincere thanks for your participation here!  Bring your friends.  They don't have to be in Pima Co. or even in Arizona for us to benefit from their experiences and advice.  :-)

Dismissal is called for.

If sheriff Dupnik does not respond to your letter and other efforts to educate him. Than we need to find a sheriff canadate who will and we all should get behind him and help get him elected in the very next election.

I will pray that "Sheriff" Dupnik becomes a Constitutional backer, or that He is removed from Office.