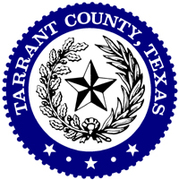 Here's a slippery slope for you, Tarrant County Sheriff Dee Anderson:  if we lose the Second Amendment, we lose them ALL.

Terry Grisham, a spokesman for Tarrant County Sheriff Dee Anderson, said talking about hypothetical laws would be “sliding down a very slippery slope.”He couldn't even stand up to address the…Continue

Well, I didn't really expect the job, but guess I have it.  First things first, lets talk about ways to get more people from Tarrant County in here!Continue

Join the .223 Day of Resistance, February 23, 2013, as Americans of all stripes come together, gun owners and proud patriots alike, all across our great nation to protect the right that protects ALL…Continue

You need to be a member of Tarrant County, TX to add comments!

I voted against Sheriff Dee Anderson-He's not really a 2nd amendment supporter!

Hi, I am very concerned about Keith's pressing about a Constitutional Convention.

In 2009 in Pheasant Run Illinois, (Yes the same place the banking cabal established the Federal Reserve in 1913) The State's convened a Continental Congress.  This too is an Article 5 safeguard against a runaway government.

Know what happened?  We the States convened, came up with Articles of Freedom

This was a lawfully convened Congress with delegates selected from the respective States.

The 111th Congress of the United States totally ignored the redress of grievances from a lawfully convened Continental Congress.

Asking for a Constitutional Convention (where every word in the Constitution and the Bill of Rights is malleable) is the BIGGEST folly anyone can suggest.  Specially in light of the left wing, communists currently holding the reins of our government.

To put it in perspective, you are telling the chickens to let the fox in the chicken coop so the fox has the opportunity to make friends with the chickens.

What will happen is the fox will decimate the chicken population, just as this body politic will remove every vestige of protection the Constitution still affords Americans, that has not yet been stripped away, without ANY hope of restitution.  And they will do it gladly as we weep.

I support freedom of the People.  I am a Patriot.  I swore to protect the Constitution.  I will fight until I can fight no more. But I will NOT  throw away my freedoms carelessly or idealistically.

Mike, I would very much like to do two things:

Have a conference call (or get together) for "Citizen Responsibility" and I would like to get Patriots together for an afternoon at the firing range for a gun safety/ target practice event.

Thanks for the GREAT VIDEO Mike and THE SUCCESS there!!!

Comment by Lyn Eckstein on February 19, 2013 at 4:47pm
I know it's short notice, but if you're able, take part in the nationwide day of resistance this coming Saturday.  Details: http://www.dayofresistance.com/

Make the groups bigger...  click on me and read the event and actions...