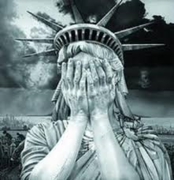 You need to be a member of Spokesmen for Liberty to add comments!

I understand Ted but the problem is as you well know, there is no "we the people" in control, let alone in charge of anything anymore.  What should be and what is under this fraudulent form of "government," are entirely different and what we are discussing attempts to change.

What I meant which I'm sure you understand, is if you have a lying attorney, where are you going to go"  They are impervious to any charge of perjury; same with judges;  Go to a higher judge (what I meant by "superior authority" in terms of so called "courts" currently presiding in this "country")?  What I have experienced in my practice, all so called "judges" think they are "superior" to anyone else which I routinely see State Court; State Appellate Court; Federal Trial Court(s) all don't care what any "Supreme Court" of either States or the so called U.S. say; they, who love the sound of their own voice; talk in circular arguments and rule the way they want no matter the doctrine of stare decisis.

These criminals are all spewed out from under the same pile of rocks.  Notwithstanding the "du jure" and "de facto" government argument(s)...look at the list of "worst presidents" who were "lawyers"...for example...same with regard to "congress."  These sum-bags look down their noses at the rest of us while belonging to the "BAR" mafia, watching each each others' backs, lining their pockets with "money" (won't get into that debate as to what is "money" right now either); why all these organizations are all "corporations" with corporate personhood in order to bilk it from all of us to make them rich (not easy to find an "elected" or "appointed" "judge" that isn't a millionaire).

Well said Quisno...you've got it...this is also true of not only personal but real property which if you look into State "Constitutions" you may find all land within a State's borders belong to the State, not us...we cannot actually "own" any real property anymore just a "bundle of rights thereto" if anything at all.  Don't pay your "property taxes" and see what happens to "your land."  This and the so called "eminent domain laws" in all states I'm aware of ...

I've always said, any "profession" that has to teach "ethics" does not have any and never will.

When Theft of property becomes a way of life for a group of men in a society, over the course of time they create for themselves a legal system that authorizes it and a moral code which allows it. As long as it is admitted that the law may be changed from its true purpose then it is allowed to violate personal property instead of protecting i,. this allows  anyone to participate in making the law, to protect himself against the Theft of personal property or to use it to steal said property..... Thievery knows no boundaries in a society pf greed.

Thank you for your comments Charles.
I am very much aware of both the civil and criminal federal codes that are related.

Similar to people using the word "Legalized" in from of the actual crime like "Legalized Kidnapping" and "Legalized Child Trafficking".

The government was established and ordained by the People. It is a creation of the people and can NEVER be superior to it's creator.

I'm sure you already know these things but I felt it necessary for the benefit of other that read these comments. =)

By the way Ted, for what good it might do, see 42 USC 1983, 1988 as well as the 5th and 14th Amendments. All of which when I've alleged such violations are completely ignored by "judges" in clients' and our own case.  Again, unfortunately, there is no rule of law anymore.

I have been a litigation consultant for foreclosure cases since approximately 2007 and the stories of corruption I could provide would be far to extensive.  What you have experienced Ted, is unfortunately the common evisceration of our Constitution; rule of law and due process started 150 years ago, we are now experiencing.  All "three branches of government" are corrupt to their very core and what we continue to discuss and attempt to find an action plan to resolve.  I have two remaining cases; one in California Appellate Court (4th Dist.) and my own case in the 9th "Federal" appellate Circus (spelled this way on purpose) which I have been litigating since 2008.  The lies, deceit, fraud, corruption, conspiracy and treason committed by these "lawyers" and so-called "judges" is astounding but where are you going to go when any superior authority is likewise or moreso, just as corrupt.  Unfortunately, civil and criminal fraud, perjury, forgery, counterfeiting and all forms of corruption has become the "new normal."

I have no more time to respond further just now, but understand Ted, you are not alone and there are some of us (too few) that  understand fully what you've been through and experienced.

The biggest fraud in history continues unabated by the largest criminal organization in history seated in Washington, D.C. and enforced by those in "law enforcement" violating their oaths.

We MUST find a way to defeat these criminals or our once great Country is lost if it is not too late already.

In 2010 a sheriff department created a counterfeit deed that was then used to steal a home from my family in East Grand Rapids Michigan while some lawyer tried to make it look like a foreclosure.

5 months later, a different sheriff department in a different county raided and looted another property belonging to my family in a failed attempt to recover the counterfeit deed that was used to steal our first home but we still lost the second home and it's contents.

If you can imagine losing two homes, the first with over $120k of equity and the other with all of the personal effects that belonged to your family you still wouldn't begin to understand the totality of the damages to us.

I share this story not for your sympathy but to demonstrate the intentional crimes of the state against the People. 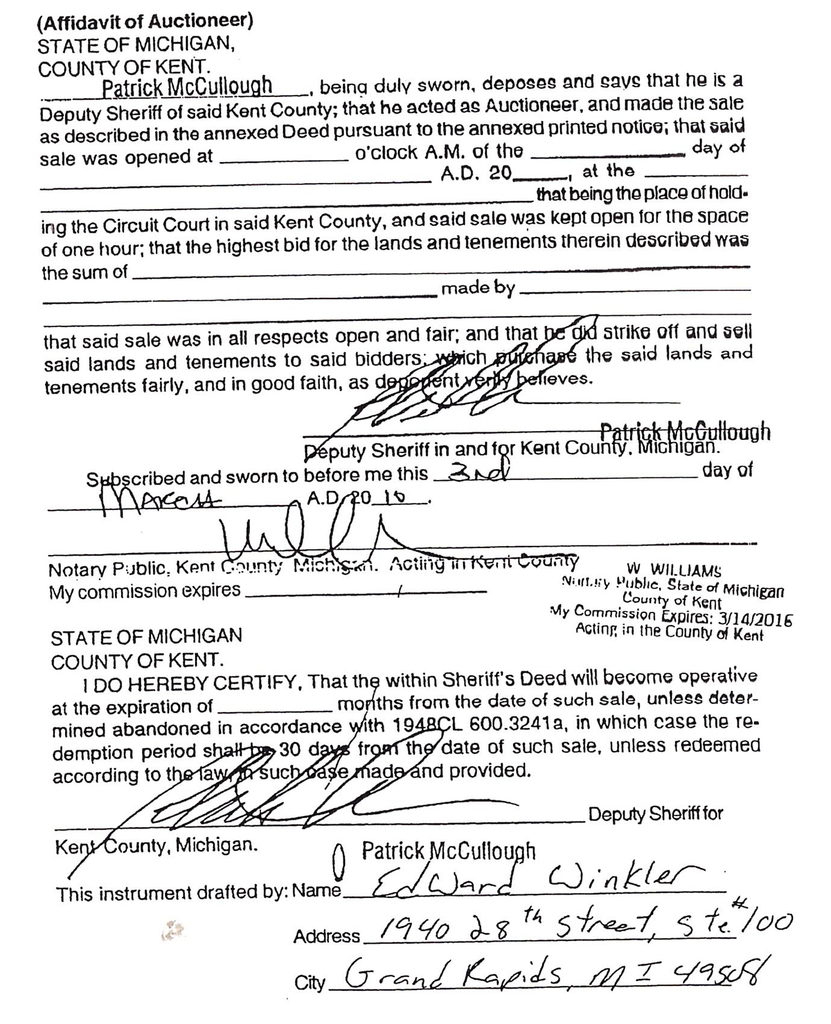 onsense i say! Do the worshippers of government believe that free people will cease to act?  Let me ask, does it follow that if we receive no empowerment from the law,  that we shall receive no strength at all to energize our efforts?? Then does it not  follow  that if the law is restricted from the function of protecting the free use of our abilities, we will be unable to give ourselves strengths to use those abilities? this leads to another point.

If the God given tendencies of mankind are so deplorable that it is not safe to permit people to be free, then how is it that the tendencies of the Political arm of the people are always good in the nobelist of ways. That their leadership is now not circumspect to the people who have elected them??  Have i made my slelf Clear here?