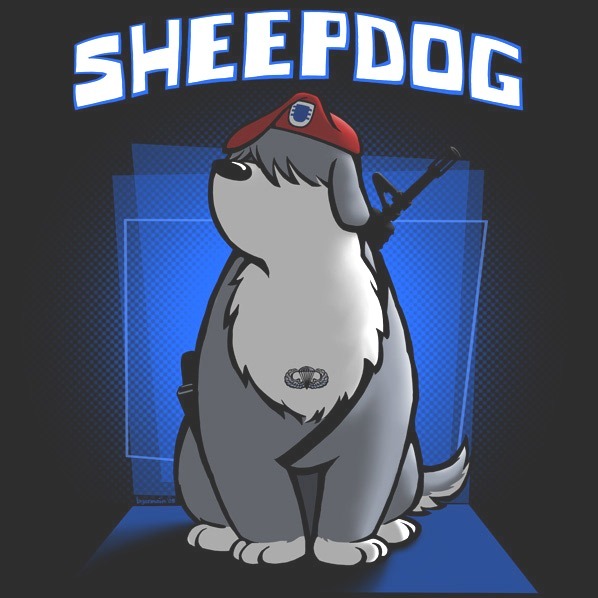 Arthur Evangelista has not received any gifts yet

Why a Militia is required by ordinary men of the community.

Law abiding citizens, in the United States, have the constitutionally guaranteed right to own and use firearms to defend themselves, their families, their property and their communities against anything or anyone seeking to deprive them of “life, liberty and the pursuit of happiness.” However, the primary purpose of the Second Amendment was to ensure that the People could protect their States from the Federal gov’t…

“Besides the advantage of being armed, which the Americans possess over the people of almost every other nation, the existence of subordinate governments, to which the people are attached, and by which the militia officers are appointed, forms a barrier against the enterprises of ambition, more insurmountable than any which a simple government of any form can admit of.”

Way back when the States were debating ratification of the Constitution, Alexander Hamilton, John Jay and James Madison wrote a series of essays (the Federalist Papers) in an effort to assuage concerns among the States that the Constitution would cede too much power to the central gov’t. Madison’s essays dealt primarily with the republican nature of the new Federal gov’t.

Federalist #46 (1788) dealt with the balance of powers between the States and Federal gov’t. Madison assured the States that the Federal gov’t would never be able to subjugate the States through force of arms because we had an armed citizenry led by officers “chosen from among themselves.”

To these would be opposed a militia amounting to near half a million of citizens with arms in their hands, officered by men chosen from among themselves, fighting for their common liberties, and united and conducted by governments possessing their affections and confidence. It may well be doubted, whether a militia thus circumstanced could ever be conquered by such a proportion of regular troops.

Those who are best acquainted with the last successful resistance of this country against the British arms, will be most inclined to deny the possibility of it. Besides the advantage of being armed, which the Americans possess over the people of almost every other nation, the existence of subordinate governments, to which the people are attached, and by which the militia officers are appointed, forms a barrier against the enterprises of ambition, more insurmountable than any which a simple government of any form can admit of. Notwithstanding the military establishments in the several kingdoms of Europe, which are carried as far as the public resources will bear, the governments are afraid to trust the people with arms.

This assurance was insufficient in the eyes of many delegates and conditioned ratification on the adoption of a Bill of Rights, modeled after Virginia’s Declaration of Rights.

A well regulated Militia, being necessary to the security of a free State, the right of the people to keep and bear Arms, shall not be infringed.

In 1788, the “militia” consisted of all men, capable of bearing arms, their own arms. The purpose of the militias was to preserve the Sovereignty of the several States and to protect them from all potential threats, particularly the Federal gov’t. It was assumed that all citizens would be as well-armed as any Federal soldier if they chose to be.

All rights, enumerated or not in the Constitution, are natural. The Bill of Rights simply enumerated certain rights so important that George Mason and other Antifederalists demanded extra clarity in their protection. The Constitution did not create “the right of the people to keep and bear Arms.” It was a reminder to Congress that the Constitution awarded them no power to infringe on that right. The Second Amendment did give Congress some power to regulate the militias…

That every citizen, so enrolled and notified, shall, within six months thereafter, provide himself with a good musket or firelock, a sufficient bayonet and belt, two spare flints, and a knapsack, a pouch, with a box therein, to contain not less than twenty four cartridges, suited to the bore of his musket or firelock, each cartridge to contain a proper quantity of powder and ball; or with a good rifle, knapsack, shot-pouch, and powder-horn, twenty balls suited to the bore of his rifle, and a quarter of a pound of powder; and shall appear so armed, accoutred [sic] and provided, when called out to exercise or into service, except, that when called out on company days to exercise only, he may appear without a knapsack.

In 1792, a musket was an assault rifle. People who wished to serve in the militias were required to bring their own assault rifles. The Second Amendment preserved the individual “right of the people to keep and bear Arms,” because a “well regulated Militia” was “necessary to the security of a Free State.” At the time these documents were written, many of the framers (Patrick Henry, George Mason, Thomas Jefferson, etc.) viewed the Federal gov’t as one of the greatest threats to the security of Free States.

In the recent Heller decision, SCOTUS ruled that the evolution of the militias to the National Guard (Mason, Henry, Jefferson & Madison would have rejected this) and the unsuitable nature of many modern military arms for personal use did not dilute the individual “right of the people to keep and bear Arms.”

The interpretation of the laws is the proper and peculiar province of the courts. A constitution is, in fact, and must be regarded by the judges, as a fundamental law. It therefore belongs to them to ascertain its meaning, as well as the meaning of any particular act proceeding from the legislative body. If there should happen to be an irreconcilable variance between the two, that which has the superior obligation and validity ought, of course, to be preferred; or, in other words, the Constitution ought to be preferred to the statute, the intention of the people to the intention of their agents.

The United States Supreme Court has no constitutional power to interpret the Second Amendment in any manner other that its original meaning. So, if you don’t like the original intent of the Second Amendment, all you need to do, is to convince 2/3 of both houses of Congress and 3/4 of the States to abolish or amend it.

There is more…click on link:

……People, from all over the world, especially Americans, are finding themselves in a state of increasing anger and disgust, and decreased patience with “corrupted government authorities and aristocra…

……People, from all over the world, especially Americans, are finding themselves in a state of increasing anger and disgust, and decreased patience with “corrupted government authorities and aristocratic criminals”.…

Half Tarheel. Born and raised in Jersey. Moved here in 1976

Thank you for the kind Response.

We at The Constitution Club look forward to your input. Now that you're a member you can reply to discussions. You will always be sent the general discussions by email. To find other articles, click on the Discussions tab at the top of the page. You will find different writers with their own articles and links to more info. I personally invite you to go my discussions in the links below and view some of my topics. Hope to hear your opinions soon.

For more topics see these links.