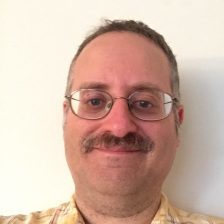 Eric Rangell has not received any gifts yet

Which state Republic do you inhabit?
Male

I recommend the following article for people concerned about the wording of Article The First as ratified by the State legislatures:

The Minimum and Maximum Size of the US House of Representatives

There appears to be enough historical evidence to support the founders intention of proportional representation, which we are citing in the resolution being presented to State legislatures.

To see evidence that the original intent of the framers was proportional representation, but either a clerical error or sabotage resulted in the current form of the amendment, read Footnote #1 on the following page:
http://www.citizensforarticlethefirst.us/

To see an image of the broadside version of Article The First before the error was introduced:
Broadside US Senate Bill of Rights Version

Additional images and background can be found on this site:
http://www.articlethefirst.net/

The following article presents arguments by Melancton Smith for increased representation in the House, compared with Alexander Hamilton’s arguments to limit its size:

For more references related to Article 1 Section 2 Clause 3, see this bibliography from the University of Chicago Founders Constitution:

Here is the wording of the original First Amendment; the only one of 12 rights in our Bill of Rights that has not been fully ratified by the States:

Some people suggest that by using the word ‘more’ instead of ‘less’ in the last clause of the last sentence, those treacherous Founding Fathers were actually trapping us; the U.S. House can have as few as 200 districts, so the 435 districts that Congress arbitrarily set for itself in 1929 is fine.

Nonsense. The Founding Fathers clearly designed our government to have SMALL congressional districts and always made it crystal clear that only SMALL districts can reduce corruption.

There are two aspects that AmericaAgain! uses to quash any challenges to restoring the small congressional districts designed into our Bill of Rights.

First the constitutional aspect means the courts cannot interfere. Article V does not include the courts, nor does precedent allow the courts to become involved in what are generally deemed political questions. Only Congress or the States can decide what was meant by that wording.

If the People take the lead on this, Congress cannot make another end-run, as corrupt incumbents in Congress did in 1929, under the diversion of the Great Depression. They treacherously misinterpreted Article I, Section 2, Clause 4 (“The Number of Representatives shall not exceed one for every thirty Thousand, but each State shall have at least one Representative”), leaving out the fact that in the Bill of Rights the founders clarified this. Of the states that considered the wording back in 1789-90, 11 out of 13 thought it was clear enough: one for every 30,000…then one for every 40,000…and finally one for every 50,000.
So now we demand that districts cannot be larger than 50,000 people; period. This is not rocket science: small districts, small power.

Our second weapon is common sense, supported by four clear pieces of evidence that the Founding Fathers’ goal was LIMITING the SIZE of districts.

First, the 1787 Convention changed Article I, Section 2, Clause 4 to read 30,000 instead of 40,000 so as to create SMALLER districts in the U.S. House because George Washington considered SMALLER districts so important that he broke his long silence in the Convention to assure that district size was reduced.

Secondly, Governor Clinton of New York (writing as ‘Cato’) asserted in the Anti-Federalist letters, “It is a very important objection to this government, that the representation consists of so few; too few to resist the influence of corruption, and the temptation to treachery, against which all governments ought to take precautions…”.

Thirdly, the original Article the First was put in first position for the reason given by Melancton Smith at the New York ratifying convention: “We certainly ought to fix in the Constitution those things which are essential to liberty. If anything falls under this description, it is the number of the legislature”.

All the evidence points to the fact that the Founding Fathers designed SMALL districts. It is complete nonsense to suggest that they intended districts to be small only up to a point, then they could balloon drastically and forever!

Perhaps there was once a time when we would not have wanted a House of Representatives with thousands of members; just the logistics on Capitol Hill would have been hard to handle. But this is the 21st century, and Telepresence technology is now available to anyone with a tablet or cell phone.

11 Mar 2017 - Eric Rangell: The following section of Jon Roland's excellent site constitution.org will help us find additional evidence supporting the intent of the founders for apportionment of 1 representative for every 50000 people: Documentary History of the Bill Of Rights

This letter by James Madison to George Washington gives insight into the reasoning behind the establishment of the bi-cameral legislature and apportionment of the House. We need sources like this to defend challenges to ratification of Article The First which we insist is our first right as intended by the founders.

The Pilgrims Had Problems With Their Grandkids

I received my copy of God's Answer For America by Darrel and Cindy DeVille yesterday and was curious about Appendix B: A Classic Example From Early America.

I learned about the Indian attacks of 1675 which brought the colonists to their knees seeking the mercy of God.  In only 55 years they had backslidden from the teachings of the original Pilgrims and needed to repent.  In Concord Massachusetts the message of the Church was maintained by one Reverand: Edward…

How gov't agencies usurp our rights

Learn how unelected agencies can act as judge, jury, and prosecutor in this article from City Journal:

Thanks to @MrLTavern for tweeting this.

Who Wants to be a Millionaire Game