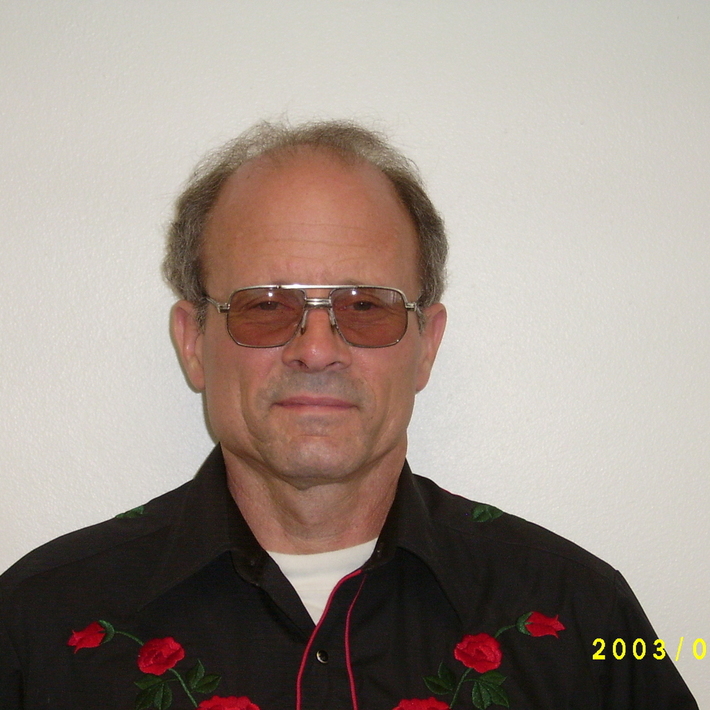 It was just on the news minutes ago. Everyone should go to heartbleedcheck.com. It is a new virus or something, very serious. go to the web address to see if your sites are vulnerable.Continue

If you go to ktnv.com news, they are announcing the end of the BLM roundup, but they won't stop their efforts. They have no legitimate source of authority to be in any state, and has given more than…Continue

Wayne Bachmann has not received any gifts yet

I just found out about this a couple days ago, so I have to share this with everyone immediately.

There is an organization known as National Liberty Alliance who has really progressed on the path of organizing the Common Law Grand Juries. Twenty states, that is 20 states are already fully constituted. Out of 3142 counties, 1121 are constituted! California is almost constituted, and will be there in a few days!

We need County Administrators and Jurists to volunteer their time.…

WARNING - OPEN OFFICE 4.0.9 IS A FORCED OFF SITE STORAGE UPDATE

I just got a notice from Open Office 4.0.9 update. I updated only to discover there is a forced offsite storage rider on the update. I have tried everything I know of to remove it, and have been unsuccessful. Restore, says it cannot be restored. Just a word of warning to the wise.

I refuse to allow my info to be stored off site, only to be monitored and stored by my perceived adversaries, so I am done, unless I can find another older computer.

It has been nice knowing all of…

I finally found my gold mine!

Here is the complete version of the Legal Notice and Demand. I have been working on this subject for 4 years, slowly growing and developing it, and now I just found the ultimate document developed by Steve Beddow, who gave a copy of it to Tim Turner for us in the Republic to have and use. This document makes mine look like grade school material. It is GREAT!

Not being a high techie, I'll do my best to get it here, but it may end up being in a…

I just got a strange email from somebody (I won't identify who) with a long message on this site, and did so in a way that has not been done with me before, and did so with a lot of assumptions/presumptions in the first paragraph, then left me without a normal way of responding, but sent me to a bunch of video presentations.

I am going to express a thought process for all to consider:

When someone presumes things to be fact, and I know they are not fact, or later discover they…

yes Wayne I am a member of the Republic for the United States, I have been a member for nearly a year, and reclaimed my Sovereignity 12 years ago and studied Common law for 13 years.

just got a pretty rude email from you. I wasn't looking to you for help of any kind, in fact I am defending myself on a Constitutional basis, and feel good about my direction and resources. I just thought you sounded like you need a friend for what you have been going through. Guess I was wrong ~

I will take the high road on this one, Your dismissal is perfect example of why people don't even address the facts. Instead you attempt to attack by calling them presumptions,- on which I speak. Its actually the most pathetic way to try to win an argument.. Its called a Logical fallacy of “changing the goalposts” Its because people like You, don't have the mental capacity to argue against the facts.. So its easier for you mindlessly ignore content that might crush your paradigm..

Thanks Again- And as Always Have A Nice Day...


The word or root Ammon, certainly means "what is hidden," "what is not seen," "what cannot be seen," and the like, and this fact is proved by scores of examples which may be collected from texts of all periods. In hymns to Amen we often read that he is "hidden to his children, "and "hidden to gods and men," and it has been stated that these expressions only refer to the "hiding," i.e., "setting" of the sun each evening, and that they are only to be understood in a physical sense, and to mean nothing more than the disappearance of the god Amen from the sight of men at the close of day. Now, not only is the god himself said to be "hidden," but his name also is "hidden," and his form, or similitude, is said to be "unknown;" these statements show that "hidden," when applied to Amen, the great god, has reference to something more than the "sun which has disappeared below the horizon," and that it indicates the god who cannot be seen with the mortal eyes, and who is invisible, as well as inscrutable, to gods as well as me

THE LORD’S PRAYER Worshippers of Amen believe Amen is the supreme god and creator of all things. Like a chameleon, he can transform himself into other gods including Osiris, the god of the underworld or

Seth, the god of evil and chaos. Since vowels were interchangeable in the Biblical Hebrew language, Amen can be spelled A-M-M-O-N, A-M-E-N, A-M-O-N or A-M-U-N. Today, Amen is one of the world’s most

commonly used words in all major languages by Christians, Muslims, Hindus and Jews. Without realizing it, people around the world are praising the pagan god, Amen, at the end of prayer! “For thine

is the kingdom, the power and the glory. For ever and ever. Amen”

The Old Testament of the Bible is the Holy book of both Christians and Jews. “Amen” is repeated over and over again throughout the Bible and is hidden within the word, Test-Amen-T. The word “Amen” literally means “the hidden one”.

Many are fooled into believing that “Amen” means “so be it” or “truly” but in Kings I verse 36 of the Bible’s Old Testament, Amen is identified as “the Lord God of my Lord”

dGot News For Wayne, The Name is used by Mormons thank you for pointing that out.. Captain Obvious!  I was not referring to religious people.. Since you have No idea in the world who runs this planet and how it operates. I was making a correlation between The SON/SUN Ammon And The FATHER Cliven =CLVI-SIGILLVM C'LIVEN.. It might come as a shock but the people that own you and every blade of grass on the planet earth, have been running the human race since day one and are use Words Terms Symbols and Emblems to communicate with each other and they are always telling a story Right in front of you, and you cant see it.. you ever see graffiti on the wall Wayne? And you think its just nonsense and destruction of property. And it is, but mainly its nonsense to you because you cant read it, but the people who can read it- it effects them. And the higher upper echelon uses their symbols right in front of you everyday all day long and you cant read it..  Any ways seeing that you are having difficulties handling "parking tickets" i don’t expect you to read much further than this.. So i am going to give you some free-bees some straight documented Facts that haven’t filtered down to you yet, or should i say non- educated garbage as you so  eloquently put it.. so just go back and sit on the couch and watch tv.. but if want to Know a few, lets say Fill in the blanks type Questions keep reading...

The trouble with history is that we weren't there to witness it. It can be altered to fit the beliefs of its authors or taught in schools to favor a political agenda that withholds important facts. The history lessons that are being taught in public schools is revisionist history smattered with lies, distortions and omissions. Many of America’s academic history texts are published by Oxford University Press and Random House UK which is a publishing division of Bertelsmann - the German media monopoly conglomerate. These history texts claim that America won the War of Independence and defeated the British. They neglect to expose and analyze the signed treaties between the United States and Great Britain which tell a different story. King James I of England was famous not just for rewriting the Bible into the King James version, but for signing the First Charter of Virginia in 1606. That charter granted America's British forefathers a “license” to settle and colonize America. The Charter also guaranteed that the future Kings and Queens of England would have sovereign authority over all of the citizens and the colonized land in America stolen from American Native Indians. The new colonists that settled in America were subjects as well as citizens of Great Britain. As British citizens, they enjoyed rights and franchises and, as subjects, they were bound to obey the laws of Great Britain. When the King of England sent his British subjects to America and used his money and resources to do so, he was embarking on a

commercial venture. The King had a lawful right to gain and prosper from his commercial venture of slaughtering the native population and claiming their pristine land. In the First Charter of Virginia, the King declared his sovereignty over the land of America and over his subjects. In paragraph nine of the Charter, the King spelled out the amount of gold, silver and copper he was to receive if any gold and silver was found by his British subjects. (Jure Coronae, "In right of the crown," Black's forth Ed.) Also in paragraph 9 of the Charter, the King declared that all of his royal heirs and successors would inherit and be entitled to his gold, silver and copper claims. Any gold that remained within his American co

Wayne, lets keep this conversation to your personal message board.

Proud to call 'you friend', I have a great deal to learn from you and look forward to it.

For now I would like to suggest that you copy my articles and then paste them text into a new discussion. Then go in and make the corrections and then post the discussion/ If you have questions let me know by giving me a call.

Please edit the articles on page 4 click on the fol0wing link.
http://constitutionclub.ning.com/forum/topic/featured?page=4