It is great that the Constitution Club has posted these excellent you tube presentations, Mike Maloney, as a historian of money, has developed some very interesting and informative commentaries regarding the current financial and economic conditions.

Unfortunately neither the media or government are advising the people of the potential for an economic decline. Even when faced with factual evidence of the coming crisis, many normally sensible people will react with disbelief, if not…

I just found out about this a couple days ago, so I have to share this with everyone immediately.

There is an organization known as National Liberty Alliance who has really progressed on the path of organizing the Common Law Grand Juries. Twenty states, that is 20 states are already fully constituted. Out of 3142 counties, 1121 are constituted! California is almost constituted, and will be there in a few days!

We need County Administrators and Jurists to volunteer their time.…

The U.S. Border Fire Report has learned from both Mexican and U.S. sources that one or more Mexican military helicopters crossed into the United States early Thursday morning, firing on U.S. Border Patrol while…

FOR ALL THE OBAMA LOVERS CHILLING!! 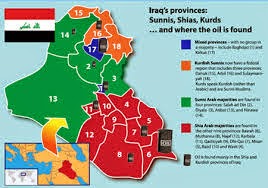 Extremism - The Mark of Excellence

Extremism - The Mark of Excellence
by Pete Celano

This morning's "news" paper contained a human interest story about some folks preparing to qualify for the Olympics. The story mentioned a gymnast who practices 7 to 8 hours each day, a marksman who shoots three to four hours each day, and many others.

After a stunning and brilliant piano recital, this conversation was overheard:

This is more serious than any of us earlier thought:

"No bended knee for me" - the Persecution of Robert Beecher

"No bended knee for me" - the Persecution of Robert Beecher

A few days ago, a post appeared on Facebook.  It was rather brief, and rather poorly written, but it had a message in it.  Fortunately, the person posting was willing to remove it from Facebook, pending an investigation into the veracity of what was said, as well as what was implied, in that post.  The post was about Robert Beecher, who was recently…

Here's the YouTube by Eric Williams.  It's worth a listen.

Something I thought worth sharing

I came across and thought it worth sharing;

Followed by this from Jean Haine's Blog;…

Lessons of History #1 Maryland Resolves of 1774

On December 12, 1774 (four months before Lexington and Concord), the delegates from the various county Committees of Safety, 'deputies', met at Annapolis, Maryland. The following is from the report of their meeting, constituting an endorsement of the Association of the Continental Congress.

Though all of the Resolutions are…

The Fall of Iraq – What You Aren’t Being Told

Engineered to fail: Why war, drugs, prisons, health care, debt and education are all theatrical scams designed to fail RUSSIA IS DOING IT – RUSSIA IS ACTUALLY ABANDONING THE DOLLAR

RUSSIA IS DOING IT – RUSSIA IS ACTUALLY ABANDONING THE DOLLAR…

The Bundy Affair - Vetting the Millers

The Bundy Affair - Vetting the Millers

Note: In the first article, I explained that all of the parties had not yet been contacted.  The article went to press because the efforts of Mainstream Media to tie the Millers to the Bundy Ranch had to be addressed, as early as possible.  Though I seldom put out a story until all of the necessary research is completed, this was an exception.  What…

The fact that Allen West pointed out his opinion to the nation that President Obama provided "material assistance to terrorist" is serious.  This  is a key issue,  which Congress needs to investigate.  Equally important is the requirement under Obama's NDAA law, which is ironic, that mandates that Obama provide a 30 day notice to Congress of his intent to release 5 of the most dangerous terrorists on the face of the earth.  These terrorists killed innocent Americans.   It's no secret the…

(N.Morgan) The deep rooted corruption in our society, our governments, our world, is coming to a head. It is time for Babylon to fall and let the arrests begin!  Now, in a new…