The Kidnapping of Patrick Cody Morgan

My name is Stacy Chapman and I am the sister of Patrick Cody Morgan.  You can read more about what happened to him and the Dis-honorable judge Lynn Nettleton Hughes at:  www.removingtheshackles.blogspot.com/2013/02/the-full-details-of-kidnapping-of.html  It's still unbelievable that things like this happen right here in our country, but my brother has seen so much in the 9 months that…

DO NOT TRUST ANYONE THAT CLAIMS AMERICA IS A DEMOCRACY!!!!!!! 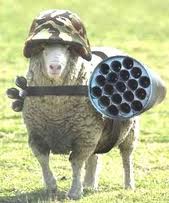 Training for all Elected Officials and Sheriff's

Print out this flier, take it to your County Supervisors/Commissioners and SHeriff's and ask them to attend!!!

Here is something that I wish I had seen earlier.  It’s understandable that I missed this article because my bride of 43 years and I are members of the EPC (Evangelical Presbyterian Church) and this …

Here is something that I wish I had seen earlier.  It’s understandable that I missed this article because my bride of 43 years and I are members of the EPC (Evangelical Presbyterian Church) and this article is from the National Catholic Register.  Thanks to my wonderful Catholic friends I was able to come to a better understanding of what just happened Nov.…

I’ve been speaking to many representatives of Christian Conservative groups throughout the Nation and several of them have One Common Complaint about the TEA Party Movement – lack of strategic thinking and planning. Seeing that you are trying to bring many Wisconsin Groups together for planning is hopeful. Unfortunately, the…

Growing up in America...

I was born in 1947 in Dallas, Texas. Like so many of my age it was to indelibly imprint upon me an impression of america that I grew to admire and love. Sure, we had some problems but the 2nd world war was over and our soldiers were coming home. The Cold War hadn't started and housing was going up all over America to house those returning patriots who wanted to start families and make a new life while basking in the success and freedom of liberty and our hard won safety.

Chuck, Drew, and David will chat with Loma Wharton and Rae Copitka of the National Constitutional Sheriffs' Association.
http://www.doublecrossedradio.com/double-crossed-radio-episode-17/…

SHERIFF BRIGADES ARE THE MILITIA!!!!!!!

Too many NYS Sheriffs, PBAs, related law enforcement groups, politicians and "Sparks of the Divine" (read homo sapiens) seem to think that the problem with the "SAFEACT" has to do with how the law was passed. As regards Sheriffs, Americans everywhere should be deeply disturbed by this objection.

Why? Because it is at once obvious and irrelevant.

The real issue is this; the "SAFEACT" is unconstitutional. PERIOD.

Disturbing Trend in our Military: Viewing citizens as threats.

Disturbing Trend in our Military: Viewing citizens as threats

WE MUST BE TRANSFORMED

No more hesitation training for DHS

No more Hesitation training for DHS

(NaturalNews) I really didn't want to cover this subject, but a warning has to be issued to Natural News readers. Infowars writer Paul Joseph Watson has uncovered proof that a U.S. based company…

5th Annual NYSRPA Lobby Day and Rally
February 28, 2013
Come lobby your legislators on gun rights, meet with your friends
and voice your displeasure!
Special Guest Speaker NRA President David Keene
WHAT: A day to lobby the state legislature on gun rights. Call your
Assemblyman and State Senator to make an…

The Second Amendment ----- and The Green Berets