October 10, 2018 Kirkland's free writing thoughts om the matter ****** well the ATF is part of a prior institutions regime from the obama administration, then we have the new current ATF from the Trump administration, one is either legal or not, how can we tell the difference, well its like this if a ATF agency institutions violate the actual law then they are void and null and its a criminal offense to obey the illegal institutions. Who says so the actual law says .

Many laws say so and the people say so and the declaration of independence says so.** 16 amj says so recorded laws for over two hundred years. Title 18 US says so, the provisions say so 1-10 bill pf rights says so* the 9th says so * and the 10th says so to* locks them in. blacks law dictionary 6th edition says so. Under the the 10 amendment , and the definitions of encroachment and infringement. Well it start likes this- the enumerated powers say that the government has limitations and is locked laws for not change or for bid - the prior laws and the line of secession of the history of the law,-a law that is made can’t be diminished- or be changed to be repugnant to the Constitutions of the compact agreement -between the states at federal level.

If you actuality read the Constitution of the sisters states -you will understand what I mean. They all say the same thing and -they are in Harmony. If they are not in harmony then they are repugnant and in conflict and probable by constructive fraud by some law maker of th branch of goverment* by breaking the actual laws of the UNION. So there is a distinctive difference between actual law and unconstitutional acts brought upon the public- It must be filed by due process of a motion in a timely manner. I believe the prior enemies of the obama sleeper cells by the bin laden leders support - administration is the enemies of the nation and anything of that *administration is repugnant of our nations laws.

The ATF that is a illegal institutions that have no consent or actual DELEGATED powers at all, unless you give the consent. Now any agency that in in harmony to protect the Constitutions of the sister states is actual legal institutions, so if there is a ATF institutions by the trump administration securing the locked laws that are not repugnant to the compact agreement is actual law. {Full report if requested by the law} Argument and lawsuit cases- if plaintiff is Deprived of their rights in some capacity to which they are entitled. {Owen V Independence 100 vol. Supreme court reports. 1398 (1982)- Main V Thiboutot 100 vol. supreme court reports. 2502(1982)-officers have no immunity when violating Constitutional rights, from liability. Title 42 US code Sect. 1983, sect 1985 and sect 1986 -says the plaintiff can sue anyone who violates

the Constitutional provisions. Case Bryers V United States 273 US supreme court rulings 28- Encroachment. Miranda V Arizona 384 US 436-says no rule or law by legislation which would abrogate or abolish any Constituional right provisions- {All delegated power's}{Under the 10th Amendment of the United States Of America}{Attach all writ of assist- coupon- bill of attainder-direct Tax} {violating article 1 sections 9, and 10 US Constitution}{ title 18 , U.S. Code Sect. 2381- if they fail to protect Constitution they are subject to the charge count 1- felony treason} { Case law Murdock V. Penn. 319 U.S. 105: (1943)-  https://en.wikipedia.org/wiki/Constitutionality 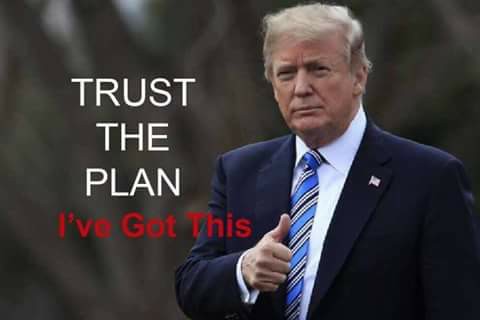 Sate may not impose a charge for enjoyment of a right by the beneficiary of contract. {Count 2 title 18 US code sect 241,242, : if upon conviction the violator is subject to a 10,000 fine ,ten years in jail , or both and if theft result , life in prison} Constitution of Montana -- Article II -- DECLARATION OF RIGHTS Section 10. Right of privacy. The right of individual privacy is essential to the well-being of a free society and shall not be infringed without the showing of a compelling state interest. 11brv infantry 1-10 self claimed Constitutional officer witness and over- watch 406-363-5284/406-369-0482 INGODWETRUST {seal} 03/25/18*02:33:52 PM {Kirkland's facts by law}{by Mr Kirkland of Montana} enjoy !

This is really bad news, I'm sorry to say.

Over the summer, we reported that the ATF (which shouldn't even exist) had actually INCREASED its federal gun control enforcement efforts in all categories over the horrible Obama administration.

While - at a bare minimum - an administration backed by the NRA, and a federal government run by the GOP should not make things WORSE on gun control, the early returns weren't looking good.

And last week, they just got even worse.

Here's what Pres. Trump had to say - and yes, this is an actual quote:

Yup. The President is getting rid of a firearm accessory.  He continued:

Here's how TJ Martinell put it:

"Regardless of how effective a bump stock ban might be in preventing mass shootings or reducing casualty count (not very), the feds have no authority delegated to them to enact such a rule. Under the Constitution, this is power simply does not exist."

That's right.  Under the constitution, the feds have ZERO authority to ban firearms, accessories or ammunition.

When Obama tried to do pretty much the same regarding M855 ammo in 2015, we opposed the move on the same ground as we're opposing the Trump bump stock ban.

Yesterday, I did a full episode of my Good Morning Liberty show talking about this - with a focus on how to deal with stopping government acts like this through advice from James Madison, Judge Andrew Napolitano and Hans Hoppe.

In short - we need to deal with this the same way we should deal with all unconstitutional acts - nullify.

If you prefer to read, I've included plenty of links for you to review - from the mainstream media report, to the proposed rule directly from the ATF and DOJ. Plus, I added links to strategy recommendations from James Madison and Judge Nap, and TAC's own TJ Martinell.

I know it's a lot of info, but it's extremely important.

Before you read, watch and share, I hope you'll consider joining the TAC as a member. Nothing - and I mean it - nothing helps us get the message out and the job done for the Constitution and liberty more than the support of our members.

Here's the link - you know what to do!
https://tenthamendmentcenter.com/members/

Thank you for reading - and for your support!