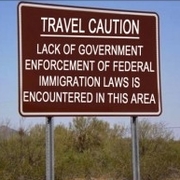 We are here to help educate the Body of Christ about the misguided notion that enforcement of immigration laws is somehow unjust or wrong. America has both a duty and a right to enforce its immigration laws, as does every other country in the world. The Bible does not support anarchy and lawlessness, as is promoted by some deceived religious leaders.

"In the first place, we should insist that if the immigrant who comes here in good faith becomes an American and assimilates himself to us, he shall be treated on an exact equality with everyone else, for it is an outrage to discriminate against any such man because of creed, or birthplace, or origin. But this is predicated upon the person's becoming in every facet an American, and nothing but an American.... There can be no divided allegiance here. Any man who says he is an American, but something else also, isn't an American at all. There is no room in this country for hyphenated Americanism. The one absolutely certain way of bringing this nation to ruin, of preventing all possibility of its continuing to be a nation at all, would be to permit it to become a tangle of squabbling nationalities.... We have room for but one flag, the American flag.... We have room for but one language here, and that is the English language...and we have room for but one sole loyalty and that is a loyalty to the American people." --President Theodore Roosevelt
"To refer to an illegal alien as an 'undocumented worker' is like calling a drug pusher an unlicensed pharmacist." --Anonymous

What Did Three Presidents Have in Common? 4 Replies

The Biblical Position on Illegal Immigration

Another Bible Study on Illegal Immigration

A Bible Study on Illegal Immigration

DHS Left Billions from Its Budget on the Table While Releasing Deta...

Detention and the 1993 WTC Attack

TRACking the Detainer Data at ICE

The Cost of Cheap Labor

The Employment Situation in South Carolina

The following will open your eyes to what crossing a border illegally should bring on you in other countries, but not here.

(Sorry, pictures did not come through.)

Amen, Archbishop, I'm afraid we will see more of this growing out of citizens' frustrations with what they see as their inability to influence their governments.  A violent response, like what happened in Norway, is exactly the wrong one because it enables the immigrant "invaders" to claim they are being victimized by right-wing extremists and demand protection of the host country.  Additionally, they never assimilate.  Furthermore, freedom of speech gets taken away, by outfits like the UN which is pushing referendum 16/18, assisted by Hillary Clinton who is, I think, co-hosting the meeting.  The resolution is a call to criminalize those people who speak out warning their listeners and readers about the danger of creeping shariah.

Sometimes it feels like the American people and the Christian Church can't win for loosing!

Jim, thanks for the NumbersUsa Website link!  United Church of Christ is a member, which does not please me but also does not surprise me.  I was a member of Old South Church (Congregational) in Boston when word came to us in the early 1960's that our church and denomination were joining the UCC.  Nobody was pleased because the UCC's liberal reputation had already preceded it.  The decision was not up to us, and I have no idea who made it.  Old South, which was a vibrant church from the founding of our nation, sadly seems to be in decline, I'm told.  Does anybody know how she's really doing?

With so many churches backing immigration reform, we either have a massive education job before us or we will have to provide input which will be protective of our way of life and worship - or both.

Comment by Pastor Richard C Wilmot on July 28, 2011 at 12:56pm
This country was established upon Biblical principles,on a set of laws not upon the rule of men. In our laws under the constitution we are to allow legal immigration only. Any one here illegally is a criminal and must be captured and deported. Those who attack American citizens should be put in camps along the border in chain gangs and made to build a wall all along the border to keep the criminals out. Then they should be deported. Any illegal criminal who commits murder upon Americans should be put to death period. A massive round up like three other Presidents did is in order now. Ike sent 13 million home after the WW II so American service men & women could find jobs. Today we have around 40 million illegals living here stealing us blind, many are Muslin that sneak in through Mexiaco and we know where that will end up, BOOM on us! With over 25% of our nation out of work, send all illegals home! If we need a plan to get them out I have one that will work without spending much to get them out, they will leave on there own in one year. Just ask me!

Comment by Ruth on July 28, 2011 at 3:24am
While I do understand that Mexico is just an awful country; it's people must take a stand for their own nation and not just think they can excape to ours and take from us! One of the big reasons we are broke in the US is that, while we have taken care of everyone else, we have not taken care of our own and NOW WE MUST!! NO ONE should be allowed to stay here if not legal, period! It is outrageous that anyone would think differently and the government is not enforcing our laws...our own governement is NOT standing for our country and that just is not acceptable and We, the People MUST do something about that and now!!!

Black community icon and adviser to 5 US Presidents Fredrick Douglass on the immigration issue.

"We shall spread the network of our science and our civilization over all who seek their shelter, whether from Asia, Africa, or the Isles of the Sea. We shall mould them all, each after his kind, into Americans; Indian and Celt, negro and Saxon, Latin and Teuton, Mongolian and Caucasian, Jew and gentile, all shall here bow to the same law, speak the same language, support the same government, enjoy the same liberty, vibrate with the same national enthusiasm, and seek the same national ends."

Comment by Richard Rutledge on July 27, 2011 at 8:35pm
FYI the sponsor of Alabama's toughest in the nation immigration law is a personal friend of mine in Gardendale ALABAMA State senator Scott Beason. Scott is a committed believer and would make a fine addition to this site I think I shall send him an invite!