WWhat is Socialism and Communism? 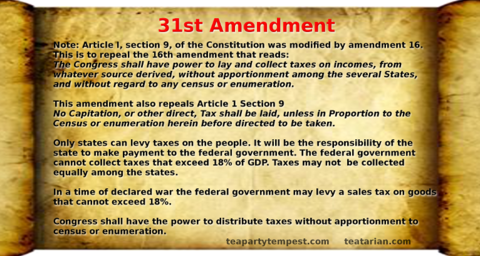 It came to my attention that people don't always understand the differences in political philosophies. We all point fingers and declare someone a socialist or a communist. First let's talk about the differences.

The word communist comes from the word commune. Back in ancient times people often lived in communes that shared resources. This was often necessary for the survival of the community. In those days people who didn't pull their load were ostracized or eventually forced from the community. When life was more about survival than pleasure, this was a necessary way of life.

As the population expanded and life became easier, society slowly drifted away from the communal lifestyle until it became more socially oriented. As late as the 50's you could find close knit communities where people looked after the neighbor's children. They formed fire brigades to protect their neighbor's houses. As late as the 80's if a hurricane hit you would find neighbors with buzzing chainsaws out clearing roads. You would find your way clear when work time came, not because government came to help, but because of the community effort.

Once you expand beyond a few people, they then begin to form towns and cities. It's at this stage it becomes difficult to just appoint elders to lead. You then must have elections to form a government. Since the communal system is gone they can no longer kick people out of town for not carrying their load, so they must lean how to deal with those citizens.

Some of those people will drink to excess or gamble. For whatever reason they cannot function in society, and we often feel sorry for those people and try to help them. Today you will find churches and other organizations helping these people, and sometimes turning them into productive citizens.

We eventually have multiple towns that form counties, and then multiple counties that form states. It is now impossible for churches and charities to deal with all the people who can't assimilate into society. Humans by nature are social creatures and for that reason we will try to look after those who are less fortunate. Because there are so many of the less fortunate, especially in hard economic times, we often turn to government to help those individuals. Many find it easier to let government collect taxes to watch after the less fortunate than to sift through the growing list of charities that are too often corrupt. Our government then becomes socialist to some some extent.

In short, communism is where government owns everything, or no one owns anything. In the perfect communist society there would be no government, just a group of wise, caring elders. We know this is impossible and that's why communist societies soon fall apart. You will always have greed at the top, with some at the bottom that have no ambition to work because everything is provided.

The same thing can be said for socialist societies. When some people learn they don't have to work they will exist off tax dollars. Once you take away the incentive to work, society begins to decay. You will have a few at the top working for everyone else.

There is no perfect solution. I can't see a way for the modern society to free itself from all socialism, but we must find ways to keep people from becoming dependent on government. All social welfare should come with an exit strategy. People will never work when social welfare dollars exceed wages of jobs for which they are qualified.

There is no single solution to these problems because each area of the country is different. Around the country people find themselves on welfare for different reasons. In some areas it has simply become a way of life. We, as a country, cannot solve the problems for every community. We now have a federal government that can create money from thin air to fund perpetual welfare. This is why the US government has become socialist. They also take from the rich and give to the poor, but rarely do those dollars come with an exit strategy from poverty.

What you say sounds well and good, but before communism became an entitie of its own it was just another of many socialist theories.  When the commnists defeated the Socialist Labor Party in Russia and Russia became a communist government, you will note that communists often refered to its communist government as a socialist government.  All forms of socialism are economic forms of government not political liked our Consitutional government, a govenment of laws.  A socialist economic government consists of the rich aristocracy  (bourgeoisie), the oligarchy, and the working poor or slaves- the prolitariet. There is no such thing as the middle class.  Notice how our middle class is slowly disappearing.   Thats because we no longer have a Rebulican Government of laws, but a socialist economic big government controled by the invisible New World Order.  Notice that we are being controled by a small group of opligarcist just like Hitlers Germany. Nazism was just another form of socialism, and oddly, Hitler was a CFR member of the German Chapter. The CFR is a would wide movement, but americans are not suppose to know about them.  Because I speak out is why I'm censored so often and it certainly isn't by patriotic Ameicans.  Ask yourselves  why doesn't the news media, the politician ad he goverment tell us these things in this economic situatom we are now in. Simple, they don't want you to know...  ~  Maynard Merrell  Doj't Tread On Me!

Please view the video at the link provided:http://www.youtube.com/watch?v=EYw1dbmcgyg&feature=player_profi.... This video describes graphically, in detail, the different forms of government and their attendant economic systems. It's about thirty minutes in duration. It will show that the Left-Right perception that people have is a fallacy; another Communist fallacy. Please watch this video in its entirety because it's the second half that is best. This video can be ordered on a CD from www.FreedomProject.com. It's called "Overview of America".

Permalink Reply by Angela gholson
Another good video on utube is greek heritage by hillsdale college. Its about how government becomes corrupt and about Socrates. Socrates must have seen our future in a vision.

STATISM with an alter.

Permalink Reply by Thomas Gilbert Cole
It appears as thou Constitutional Sheriffs are the only elected group standing against Communism.

It appears as thou Constitutional Sheriffs are the only elected group standing against Communism.

A DEMOCRACY IS THE DICTATORSHIP OF THE MAJORITY. A REPUBLIC IS THE RULE OF LAW!