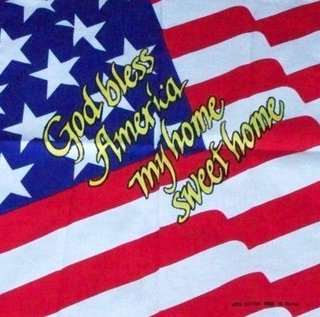 Our current government is revealing itself to be the total antithesis to freedom, independence and sovereignty in America. Now “America’s chickens are comin’ home to roost.”

In the opinion of Ralph Reiland, Associate Professor of Economics @ Robert Morris University, “We’re all going to be sitting in the dark before it’s over.”

In my opinion all existing homes should convert to a back-up generator system, a fuel supply tank, and a water cistern and green water systems. Every new house should be required to be built with these improvements in mind, if for no other reason than to handle short or even long term weather emergencies. But more importantly, to help secure our freedoms which are based in independence from the need for any help, especially in emergencies.

Government help means government control and that is the opposite of freedom. Our founding fathers were fully aware of the concept of the individual in charge of his own life, liberty and happiness and the importance of defining these things with individual sovereignty and the freedom to travel at the core.

Our founding fathers knew the danger of trading freedom for security:

“If ye love wealth better than liberty, the tranquility of servitude better than the animating contest of freedom, go home from us in peace. We ask not your counsels or your arms. Crouch down and lick the hands which feed you. May your chains set lightly upon you, and may posterity forget that ye were our countrymen.”

"The moment the idea is admitted into society that property is not as sacred as the laws of God, and that there is not a force of law and public justice to protect it, anarchy and tyranny commence,"

"The principle of spending money to be paid by posterity, under the name of funding, is but swindling futurity on a large scale,"

"If the federal government should overpass the just bounds of its authority and make a tyrannical use of its powers, the people, whose creature it is, must appeal to the standard they have formed, and take such measures to redress the injury done to the Constitution as the exigency may suggest and prudence justify."

Or in other words, If you push us far enough, we have every right and even a sworn duty to push back by whatever means are appropriate, including, but not limited to, the “right to bear arms” – 2nd Amendment.

Too late for that Randy. It's now time to drain the swamp, for good!

"The two enemies of the people are criminals and government, so let us tie the second down with the chains of the Constitution so the second will not become the legalized version of the first."

I wouldn't go so far as to say that he was a dreamer who believed in benevolence of government.  He was a self-proclaimed Libertine and despot, who hated freedom, who thought that people were work animals, and too stupid to figure out what was going wrong.  He was a liar, willing to say anything to anyone to accomplish his objective.  He hated the Constitution and was the prime mover in overthrowing it (with First Bank of the United States).  He didn't want the BOR because it would make it that much more difficult to overthrow the Constitution.  Thankfully (on his part) the unconstitutional First Bank of the United States came into being before the BOR were ratified, thus the urgency.

At the Constitutional convention, he worked hard to create a new nation in the likeness of Britain, with a hereditary monarch (and if the monarch was heirless, as Washington was, the Senate would elect the next monarch, and he would be it).  The Senate would be like feudalist monarchies, in that it could make suggestions, but not tell the monarch what he could do.  The House would be there to keep the people pacified, but the Senate existed to keep it in check.

Last summer I spent many, many months studying almost every letter he ever wrote.  He openly admitted to hate for the people, hate for the most evil idea that ever existed (freedom), and had no objection to destroying as many (people?) as he needed to remind the people that they were property of the State that he hoped to rule as Caesar.

It's time to stop worshiping that corrupt tyrant, who was not trusted even by his own allies in government (though he was trusted by international bankers and financiers).  He introduced Britain's idea of debt-backed currency that would be used to end liberty, and he thought that taxes were a good thing to bring people under the thumb of his tyranny.

His words were "taxes, without being excessive" will be a boon to government, but he immediately began passing unreasonable taxes meant to strip farmers, who were enjoying their freedom and autonomy, of their land and property and life, while he, as Secy. of Treas. passed other laws that favored his wealthy friends.

It's time to stop honoring Hamilton.  He was not your friend or mine. He thought people were no better than any other work animal, like a dog, a cow, or an ox.

But this quote by Hamilton is there to show how he believed that there was no need for the Bill of Rights and that if there was a problem with abuse of power, the people would simply handle it through Constitutional means and this proved in his mind that the Bill of Rights was completely unnecessary.

We know today that this is wrong and we all believe that the BOR was not only needed, but was probably not enough to constrain our government. We now know that even the protections in the BOR can be ignored or avoided by those in power.

This quote by Hamilton proves that he was a Federalist and a dreamer who believed in benevolence of government who would never abuse power. He was wrong. His argument quoted here shows how short-sighted he was and how he trusted big government control. He was an not a stupid man, but he was certainly misguided. This quote was meant to show that fact. Nothing more.

I wouldn't quote Alexander Hamilton for anything. He is the one that set up the system that is upon us today.  Point to a problem in America and I can use original documents to trace the problem back to Alexander Hamilton.  He is America's anti-christ.

Maybe this will help. Every time you see a word that is under-squiggled, use your mouse to move the cursor over the top the word, then "Right-click" the word, so a menu pops up. This gives you choices on how to best fix the word or phrase that is underlined. To fix them, scroll the menu to the "fix" and "Left-click" it. Usually you will find that the squiggles are different colors. Red for a misspelled words, green for phrases or run-on sentences, blue for punctuation, etc. Try that, see if it helps.

Secondly, to your other question, the answer is yes. We can simply go to either your page or mine and enter a private discussion for just us, but for all to see if they would wish. In addition, there are other ways; blog, live chat, e-mail, and finally if that's not sufficient, by exchanging phone numbers.

As to your lack of desire to type; you could've fooled me. You would be happier if you didn't have to type so many words, wouldn't you? Try it. You can fit a lot of meaning in just a few words if you try.

Morton , is there a way to communicate off forum ? Would that be more appropriate ?

OK , I believe I am working through MS word on my laptop pc  because I see the error squiggles mentioned but I'm still not clear on how to edit from my end . Also I seem to have some malfunction of the keys sometimes since it doesn't always display the keystroke ... a malfunction due to virus , bug ,  worn out ... it's not clear to me at this point . Please bear with me as I truly disdain all this typing !

Consider it done. Your original is gone from here, but is saved on my computer for backup.

As for paragraphing on your keyboard, etc; I use Word as a processor version 7.0 I think. If you are not using word to type, you should be. Its a great program that will warn you with colored under-squiggles when you've made a mistake; any kind of mistake.

As to editing, Word is the best program to use for writing and editing your own work, on your own computer, which is where it should be done and is where I do my writing. Editing on the CC is another story. As I am one of the mangers of this site, I have capabilities to edit on the CC reserved for only a handful of the Members. In addition I find myself in the first spot as the most prolific Writer/Editor on this site. Don't ask me how that happened. It was not intentional, I assure you. Suffice it to say, that you can't edit anything on the CC, but I can. I hope this clears up a few things for you.

Make use of my tips. They work when applied correctly. Get a good word processing program, like Word from Microsoft. I'm not sure if you are a Mac user or IBM, so I can't really know what you're up against, but a good word program is essential.