Reading behind the Curtain.

all you need to do is learn the Constitutional provisions and you will beat any lawyer. Because a lawyer only gets two semesters of Constitutional law then they go into what they are specializing in schema of law admiralty law and merchant law and commerce commercial , statutes codes and regulations taxes divorce criminal-

and one little book trumps them all. at a state and Federal level. due to the fact of case law supremacy case law and the article 6 paragraph 2. and the compact agreement of the contract of the Constitutions that are in harmony. i am a self claimed Constitutional officer a advocate / a investigator-

and a records collector. i currently ex[pose judges and lawyers who violate the supreme law, under article 6 paragraph 2. we the people have a right to work and practice law without any third parties arbitrary telling them other wise. i have a right to liberty and to pursue happiness without encroachment and infringement. as you do.

I have learned 2 main things in my studies, do not go to court - and every question you ask always know the answer. i have won many cases across the nation without even going to court.

I have helped many people get charges dropped dismissed and judges to recuse there selfs. all by the power of the little book that has the provisions and the articles and the bill of rights.

There is a distinctive difference between law v unconstitutional act. so with this wisdom i share with and under God indivisible with justice fir all.

reading behind the Curtain. 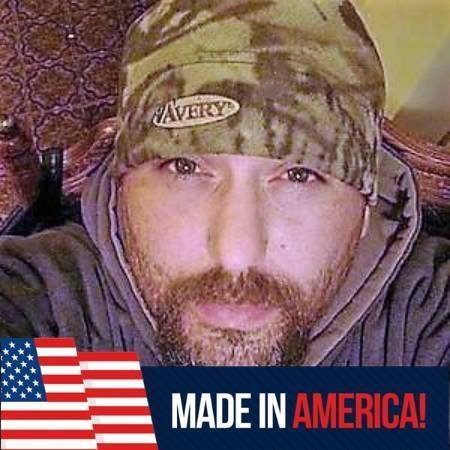 {State of Arkansas bill of rights}

§ 1. Source of power. All political power is inherent in the people and government is instituted for their protection, security and benefit; and they have the right to alter, reform or abolish the same, in such manner as they may think proper.

2§ 2. Freedom and independence. All men are created equally free and independent, and have certain inherent and inalienable rights; amongst which are those of enjoying and defending life and liberty; of acquiring, possessing and protecting property, and reputation; and of pursuing their own happiness. To secure these rights governments are instituted among men, deriving their just powers from the consent of the governed.

§ 3. Equality before the law. The equality of all persons before the law is recognized, and shall ever remain inviolate; nor shall any citizen ever be deprived of any right, privilege or immunity; nor exempted from any burden or duty, on account of race, color or previous condition.

§ 4. Right of assembly and of petition. The right of the people peaceably to assemble, to consult for the common good; and to petition, by address or remonstrance, the government, or any department thereof, shall never be abridged.

§ 5. Right to bear arms. The citizens of this State shall have the right to keep and bear arms, for their common defense.

§ 6. Liberty of the press and of speech —Libel. The liberty of the press shall forever remain inviolate. The free communication of thoughts and opinions, is one of the invaluable rights of man; and all persons may freely write and publish their sentiments on all subjects,

being responsible for the abuse of such right. In all criminal prosecutions for libel, the truth may be given in evidence to the jury; and, if it shall appear to the jury that the matter charged as libelous is true, and was published with good motives and for justifiable ends, the party charged shall be acquitted.

§ 7. Jury trial —Right to —Waiver —Civil cases —Nine jurors agreeing. The right of trial by jury shall remain inviolate, and shall extend to all cases at law, without regard to the amount in controversy; but a jury trial may be waived by the parties in all cases in the manner prescribed by law;

and in all jury trials in civil cases, where as many as nine of the jurors agree upon a verdict, the verdict so agreed upon shall be returned as the verdict of such jury, provided, however, that where a verdict is returned by less than twelve jurors all the jurors consenting to such verdict shall sign the same. [As amended by Const. Amend. 16.

§ 8. Criminal charges —Self-incrimination —Due process —Double jeopardy —Bail. No person shall be held to answer a criminal charge unless on the presentment or indictment of a grand jury, except in cases of impeachment or cases such as the General Assembly shall make cognizable by justices of the peace,

and courts of similar jurisdiction; or cases a rising in the army and navy of the United States; or in the militia, when in actual service in time of war or public danger; and no person, for the same offense, shall be twice put in jeopardy of life or liberty; but if, in any criminal prosecution,

the jury be divided in opinion, the court before which the trial shall be had, may, in its discretion, discharge the jury, and commit or bail the accused for trial, at the same or the next term of said court; nor shall any person be compelled, in any criminal case, to be a witness against himself; nor be deprived of life, liberty or property, without due process of law. All persons shall, before conviction, be bailable by sufficient sureties, except for capital offenses, when the proof is evident or the presumption great.

§ 10. Right of accused enumerated —Change of venue. In all criminal prosecutions, the accused shall enjoy the right to a speedy and public trial by an impartial jury of the county in which the crime shall have been committed; provided, that the venue may be changed to any other county of the judicial district in which the indictment is found,

upon the application of the accused, in such manner as now is, or may be prescribed by law; and to be informed of the nature and cause of the accusation against him, and to have a copy thereof; and to be confronted with the witnesses against him; to have compulsory process for obtaining witnesses in his favor, and to be heard by himself and his counsel.

§ 11. Habeas corpus. The privilege of the writ of habeas corpus shall not be suspended; except by the General Assembly, in case of rebellion, insurrection or invasion, when the public safety may require it.

§ 12. Suspension of laws. No power of suspending or setting aside the law or laws of the State, shall ever be exercised, except by the General Assembly.

§ 13. Redress of wrongs. Every person is entitled to a certain remedy in the laws for all injuries or wrongs he may receive in his person, property or character; he ought to obtain justice freely, and without purchase; completely, and without denial; promptly and without delay; conform-ably to the laws.

§ 14. Treason. Treason against the State shall only consist in levying and making war against the same, or in adhering to its enemies, giving them aid and comfort. No person shall be convicted of treason unless on the testimony of two witnesses to the same overt act, or on confession in open court.

§ 15. Unreasonable searches and seizures. The right of the people of this State to be secure in their persons, houses, papers, and effects, against unreasonable searches and seizures, shall not be violated; and no warrant shall issue, except upon probable cause, supported by oath or affirmation, and particularly describing the place to be searched, and the person or thing to be seized.

§ 16. Imprisonment for debt. No person shall be imprisoned for debt in any civil action, on me-sne or final process, unless in cases of fraud.

§ 17. Attainder —Ex post facto laws. No bill of attainder, ex post facto law, or law impairing the obligation of contracts shall ever be passed; and no conviction shall work corruption of blood or forfeiture of estate.

§ 18. Privileges and immunities —Equality. The General Assembly shall not grant to any citizen, or class of citizens, privileges or immunities which, upon the same terms, shall not equally belong to all citizens.

§ 21. Life, liberty and property —Banishment prohibited. No person shall be taken, or imprisoned, or dis seized of his estate, freehold, liberties or privileges; or outlawed, or in any manner destroyed, or deprived of his life, liberty or property; except by the judgment of his peers, or the law of the land; nor shall any person, under any circumstances, be exiled from the State.

§ 23. Eminent domain and taxation. The State’s ancient right of eminent domain and of taxation, is herein fully and expressly conceded; and the General Assembly may delegate the taxing power, with the necessary restriction, to the State’s subordinate political and municipal corporations, to the extent of providing for their existence, maintenance and well being, but no further.

§ 24. Religious liberty. All men have a natural and indefeasible right to worship Almighty God according to the dictates of their own consciences; no man can, of right, be compelled to attend, erect, or support any place of worship; or to maintain any ministry against his consent.

No human authority can, in any case or manner whatsoever, control or interfere with the right of conscience; and no preference shall ever be given, by law, to any religious establishment, denomination or mode of worship, above any other.

§ 25. Protection of religion. Religion, morality and knowledge being essential to good government, the General Assembly shall enact suitable laws to protect every religious denomination in the peaceable enjoyment of its own mode of public worship.

§ 26. Religious tests. No religious test shall ever be required of any person as a qualification to vote or hold office; nor shall any person be rendered incompetent to be a witness on account of his religious belief; but nothing herein shall be construed to dispense with oaths or affirmations.

§ 27. Slavery —Standing armies —Military subordinate to civil power. There shall be no slavery in this State, nor involuntary servitude, except as a punishment for crime.

No standing army shall be kept in time of peace; the military shall, at all times, be in strict subordination to the civil power; and no soldier shall be quartered in any house, or on any premises, without the consent of the owner, in time of peace; nor in time of war, except in a manner prescribed by law.

§ 28. Tenure of lands. All lands in this State are declared to be all-odial ; and feudal tenures of every description, with all their incidents, are prohibited.§ 29. Enumeration of rights of people not exclusive of other rights —Protection against encroachment.

This enumeration of rights shall not be construed to deny or disparage others retained by the people; and to guard against any encroachments on the rights herein retained, or any transgression of any of the higher powers herein delegated, we declare that everything in this article is excepted out of the general powers of the government; and shall forever remain inviolate; and that all laws contrary thereto, or to the other provisions herein contained, shall be void.