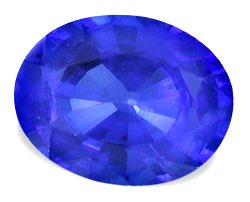 Politician likewise invent their own truth.

One of the primary complaints of the new Common Core standards for Language arts is that if radically reduces student “facility with language” (in the words of Sandra Stotsky). That is, it systematically removes the study of all kinds of literature, replacing it with “informational text.” A look at the Sherlock Holmes story, “The Blue Carbuncle” will give us an example—just one of many—of the reductive impact on student thinking—on the very ability to think, in fact. The average adult in today’s society already accepts whatever he is told, never glancing beyond the surface or examining the method by which any given story is told. The imposition of Common Core will turn everyone into robotic, work-place laborers with no danger of having an original thought.<!--more-->

“The Blue Carbuncle” is a Sherlock Holmes story in which the intrepid detective discovers the identity of the thief who stole the blue stone and—under pressure of discovery—forced the stone down the gullet of the Christmas goose which had been given to him by his sister. The thief loses track of the goose, confusing its identity among the flock, and the sister unwittingly sells the goose containing the stone. That goose then ends up in Holmes’ kitchen where his cook finds the stone in the goose’s crop.

The story gets more interesting from a language/rhetoric view point when one realizes the origin of the word “carbuncle.” Today it is used to refer to a large pus filled sore—basically a boil. The meaning in Holmes’ day, now considered obsolete, is a cabochoned, or rounded rather than faceted, shape. To understand how we get from gem stone to boil, one only needs to know that the word “carbuncle” comes from the Latin “carbunculus” meaning a small glowing ember, the diminutive of coal.

The carbuncle gem, according to Encyclopedia Britannica, was a cabochoned gem of almandine which is a garnet containing iron and aluminum, making the carbuncle a brilliant, deep red. However, garnets come in a wide variety of colors, depending on the mineral content.

The housekeeper in the story wonders if the stone is a diamond. It is not; Holmes then explains the color of the bean sized stone and its rarity, telling the reader that this blue garnet—which he calls a “carbuncle” is the rarest of all garnets and is virtually one of a kind, which, of course, gives it incalculable value.

In creating the story Arthur Conan Doyle surely must have felt a certain self-satisfaction in his knowledge of gem-stones and associated chemicals. He used that knowledge to create his story, and yet, the most common classroom analysis of the story focuses on characters, on the brilliance of Holmes, the obtuseness of Watson, and on the laundry list of clues that Holmes accumulates in his search.

Why is all this important? Because it is exactly that sort of knowledge, that sort of attention to detail that the current government schools would rob from our children today. And it isn’t only our children; it is happening on every front.

Take, for example, the issue of “global warming,” which was once global cooling and which has now been changed to “climate change.” Where, in all of the propaganda promoting the elimination of the use of fossil fuels and the imposition of carbon taxes, are students—or any of the general public—encouraged to look up the issue of global warming itself? They aren’t, and those of us who are alert know exactly why.

A situation occurring today is Operation Christmas Child, a charity project sponsored by Good Samaritan, International. This is an organization that has donated thousands upon thousands of dollars worth of goods and services to communities suffering from all sorts of disasters. The Christmas project simply sends shoe-box sized boxes full of toys, candy, personal hygiene items, small items of clothing, and anything else that will fit in the box and be appropriate for a child. These gifts are given with no expectation of compensation of any kind. The joy of seeing the delighted faces of the receiving children is more than enough compensation for those who fill the boxes. Yet, our military, which once helped deliver them, was forbidden to help as of last year. Anyone can participate, church groups, schools, industries, or private individuals. Yet, this year several schools have halted the project at their locations, having been accused by the atheistic group American Humanist Association of “violating the establishment clause of the Constitution.” Note, none of these groups have any concern for the Constitution  unless they can use it against Christians or Conservatives to accomplish their own ends.

In a recent discussion about Operation Christmas Child, one person commented that “we should be able to understand why schools can’t do it. After all, if they did, they would also have to allow Muslim groups to do their thing.”

But more important is the lack of attention to detail that has resulted in principals caving to the demands of such godless groups. Just as the average person never questions the likelihood of a “blue carbuncle,” so they never question the accusation of violating the “establishment” clause. A person who has been taught to read and pay attention to the details of language would ask, What is the establishment clause?  It is the words of the First Amendment, “Congress shall make no law respecting an establishment of religion, or prohibiting the free exercise thereof;”  It says <b>Congress</b> shall make no law that sets up any particular religion, and it also shall not prevent people from engaging in the exercise of the religion of their choice. Yup, that means if we let Muslims into the country, we have to allow them to practice Islam. However, it also means that Congress cannot force any religion or lack thereof on the rest of us. Giving free gifts to children is not “establishing” religion, and Congress isn’t the one doing it. It is Christianity in action which is what makes any society remotely worth living in. It is quite a stretch to say that the schools are actually “government” schools and therefore, if they practice a Christian charity activity, they are establishing a religion. Of course, they ARE government schools, but the accusation of “establishing” Christianity through the simple act of giving someone a gift, or of making their lives a bit more pleasant for a moment in time is as outrageous as Holmes’ blue carbuncle. Hitler said long ago that the more outrageous the lie, the easier it is to get people to believe it. The same holds here. The more absurd the issue, the less people are apt to look closely into it.

Why are people not challenging the atheists on the issue? It is because our schools have long been corrupted; today’s adults, for the most part, do not know how to look closely at the details of the argument. If they did so, their accusers would be the laughing stock of society rather than the Satanic regulators of it. “The Blue Carbuncle” is not specifically “eliminated” from the new standards. The use of the story here is simply an example of the close examination of rhetoric that our students are NOT being taught to perform.  Today, just as Holmes’ readers accept the fine details of his stories at face value—rather than questioning them—so Common Core will ensure that all of society unquestioningly either accepts the government’s lies for every act of corruption or pays the price for refusing to do so.