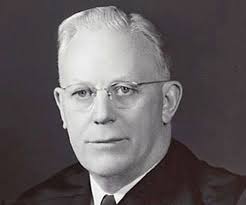 Earl Warren, a former governor of the State of California, was appointed by President Eisenhower to the Supreme Court in 1953. Two very significant cases heard by the court was in the case of Baker v Carr and Reynolds V. Sims. It was the opinion of the Supreme Court that the apportionment in many of the state legislatures violated the equal protection of the law clause in the Fourteenth Amendment.

The state of California aligned with Earl Warren's position and without a Constitutional Amendment, he was able to amend the state Constitution with the approval of the voters of California.

He apparently felt that the Federal government's apportionment in the Senate was Constitutional, but the unequal representation in the states was unconstitutional.

It is morally wrong for the northernmost counties to be compelled to supply that water to the southernmost counties without the consent of the governed. By stripping the counties in Northern California of a voice in the senate, Justice Earl Warren knew that he would be able to deliver water to the heavily populated counties and it would pay big dividends at the ballot box for him and his political allies.

Tyranny of the Majority

Click on the help wanted banner if you wish to write an article.

Another new one for me.  One per day?  This should be useful for Jefferson 51 proponents.