Getting Justice in a Kangaroo Court 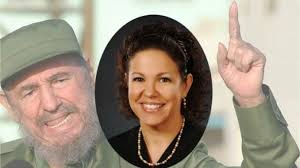 Cliven Bundy, along with his sons, Ryan, Ammon, David and Melvin have been incarcerated for nearly two years. They have been accused of crimes, but have not been found guilty by a jury in a court of law.

The judge in this case blatantly violated her oath to preserve, protect and defend the Constitution, which according to Article 6, Section 2, is supposed to be the supreme law of the land. 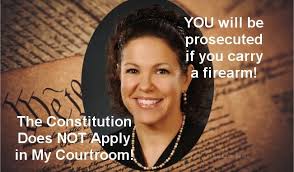 While the Bundys have not been convicted of committing any crimes, government officials have violated many of the rights guaranteed to them in the Constitution. The presumption of innocence apparently does not apply when the plaintiff is the Federal government. The Judge has a responsibility to provide the defendants with a fair adjudicator and trial before an impartial jury of their peers. Instead, she has done everything in her power to stack the deck against the Bundys and when they are eventually acquitted, (and they WILL be),  she should be put on trial for the crimes she has committed.

The First Amendment protects some of the rights of the people, including the freedom of speech, the freedom to peaceably assemble and the freedom to petition the government for a Redress of grievances, among other things. The Thirteenth Amendment says that slavery and involuntary servitude are prohibited and that no one can be held in slavery or involuntary servitude unless they have been convicted of a crime and been found guilty by a jury of their peers.

Despite these Constitutional prohibitions, the Bundys have patiently waited for nearly two years for a speedy trial (Sixth Amendment), They have also been denied bail and been subjected to cruel and unusual punishment, while being detained unlawfully. Their privacy rights guaranteed in the Fourth Amendment have been violated as they are subjected to strip searches and all that implies.

Theirs attempts to obtain a fair trial before am impartial jury have been thwarted by a judge who has joined the prosecution and is denying them the right to cross examine the witnesses against them. Instead of being an impartial referee of the proceedings, Judge Navarro has done everything in her power to all but guarantee their conviction by denying the defense witnesses the opportunity to introduce evidence that would justify their actions.

Calling this a case of miscarriage of justice is a huge understatement. The Bundys have been the victims of malicious conduct by a partial Judge who either doesn't understand the Constitution or has no intention of honoring her oath to defend it and the accused.

Federal judges are not appointed for life, they serve during periods of good behavior ONLY! Judge Navarro is acting as though her oath to the Constitution was merely a suggestion and that she is justified in violating the rights of the Bundys in order to guarantee their conviction and prove beyond any doubt, whose side she's on.

Next point I would like to make is to discuss they were originally held in Oregon for charges pertaining to the standoff in Oregon on the alleged federal land. They were found not guilty on any of the charges. People do not realize the federal government is not allowed to own any land other than the District of Columbia and any lands needed for federal military forts

To exercise exclusive Legislation in all Cases whatsoever, over such District (not exceeding ten Miles square) as may, by Cession of particular States, and the Acceptance of Congress, become the Seat of the Government of the United States, and to exercise like Authority over all Places purchased by the Consent of the Legislature of the State in which the Same shall be, for the Erection of Forts, Magazines, Arsenals, dock-Yards, and other needful Buildings;—And

For decades the gov has been at war with whites by imposing 14th amendment status upon them.  The courts have tried to make it very clear that the 14th Does Not incorporate the 1st 8 amendments to the fed constitution.  It does not even guarantee a jury trial, must less a trial by jury.

So, under the claim the individuals are 14th subjects, it is difficult for a judge to violate their rights. The one exception is in the rules of due process.  If the Bundy's denied the court had jurisdiction because they denied being a 'citizen of the United States', and the judge proceeded without the plaintiff proving them wrong, then their rights would be violated.