Restoring Equal Representation in the Counties of California

Is This Not Tyranny of the Majority?

Is this Equal Protection Under the Law?

Can the many exploit the few, when the many has all of the votes ? 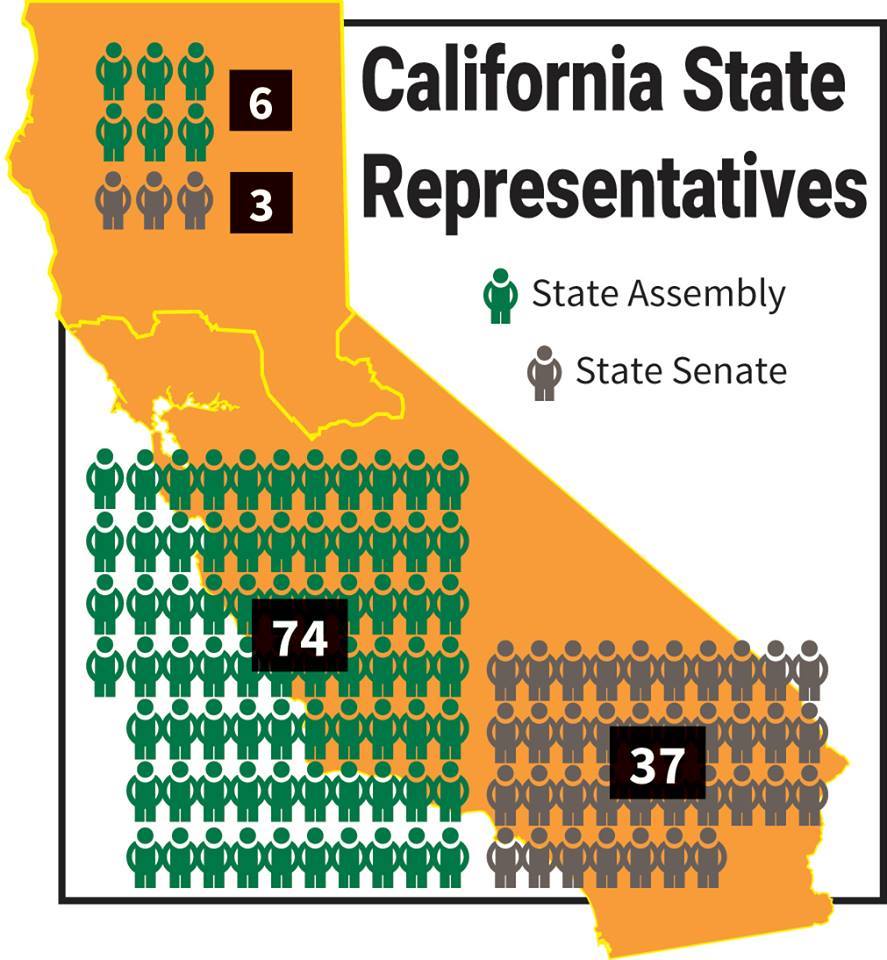 The problem in the State of California is that the voice of the people is not being heard in the state legislature. The state s senate used to represent the counties, but now represents the political parties,labor unions and special interest groups.

At that time we urban counties had the votes to control the state assembly and the senate was controlled by the rural counties,

When the counties lost their representation in the state senate there was no longer a mechanism to protect the interests of the rural counties.

When the counties lost their voice and their vote, new district  boundaries were drawn by the political parties and the principle of gerrymandering was established in California.

California has 58 counties and each county should be represented in the state senate. Currently there are 15 counties with a population of 25 million while the remaining 43 counties have a combined population of 15 million.

As it is now, the people living in the most populous counties  have the political power necessary to completely dominate the less populous counties. This is known as tyranny of the majority.

If the model we employ in California was applied to the Senate of the United States, the State of California would have 10 senators and many of the states would have none.

Currently there are relatively few who can afford to run for the California Senate. Candidates are forced to accept donations form political parties, labor unions and special interest groups to fund their elections. They repay their donors by passing legislation that is favorable to their benefactors.

In the assembly we should continue to endorse the principle of one man one vote, but in our state senate we should embrace the concept of one county, one vote.

has proposed a new plan for the apportionment of the California State Senate.

The problem in Sacramento is that the political parties, labor unions and other special interest groups are calling the shots and we the people and the counties are not adequately represented.