Striking at the Root Contrary to what many people think, the Arabs in the Middle East are not the greatest threat to our national security. It is the 540 billionaires who own virtually everything that their money can buy.

They have purchased the services of all three branches of the Federal government as well as those at the city, county and state levels.

The billionaires established corporations which in turn funnel hundreds of millions of dollars in to political parties and candidates who will do their bidding.

They own or control Congress, the Presidency and the Supreme Court. They control the media, the schools and churches as well as our monetary system. Directly or indirectly the billionaires control every aspect of our lives for in my opinion this is the root of the problem. 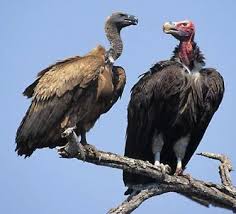 In order to end the corruption we need to cut off the flow of money to the political parties that is being used to purchase the services of corrupt politicians.

The Republican and Democratic Parties are both parasitic birds of prey feasting on the carcasses of brain dead voters.

America Again has been rebranded as Tactical Civics, and is refocusing this year on simply growing our leadership to create chapters in every county in the U.S.A.  Please visit our new website: http://tacticalcivics.us to learn more about our strategy to take Congress out of DC by returning to Small Districts - the original intention of our Founding Fathers.