The Dangers of Democracy 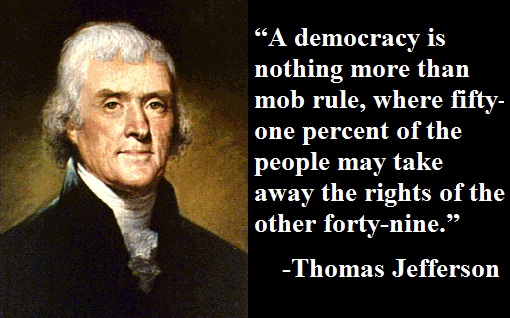 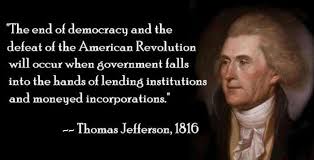 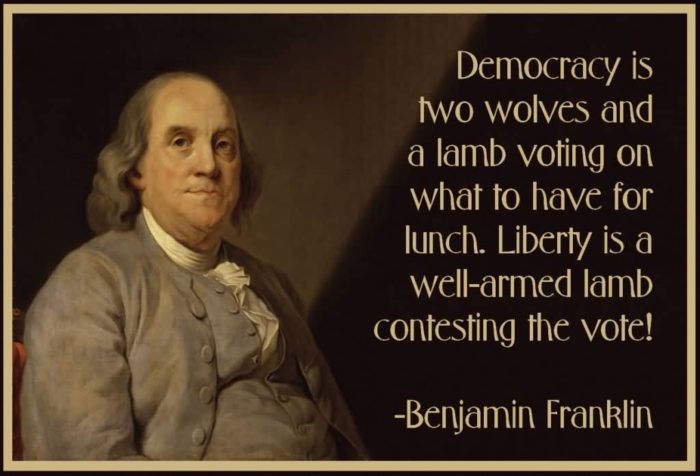 Democracy is a Greek word made of two Greek words demos and cracy. Demos means people and cracy means form of government. So democracy means people form of government (people power). Most individualists believe that people power is good because they care more about themselves than politicians do. They fear too much government power tends to corrupt and that absolute power corrupts absolutely. But they also say that democracy leads to tyranny. Tyranny is “a government in which absolute power is vested in a single ruler”. – Webster’s Dictionary. Tyranny is on the left side, the big government side, of the political continuum. People power/democracy is on the right side, the individual freedom side, of the political continuum. So why do individualists say that America moves left with the spread of democracy? Because they are confusing the two types of democracy.

Democracy refers to the democratic process, as in voting, as in elections. But democracy also refers to the political system where there is little to no government and the people vote for everything or almost everything and the majority rules become law. In order to know which democracy a person is referring to, he/she must clarify which one.

When citizens (nonpolitician people) vote for law, it is called direct or pure democracy. This occurs when people vote for a referendum, initiative, proposition, question or measure on election ballots. The democracy political system (democracy P.S.) is also direct (pure) democracy. When citizens vote for representatives who make law, it is called indirect democracy even though the people directly voted for their representatives. When a legislature votes on a bill, it is a direct democracy but not the democracy P.S. type. So in other words, voting on law-to-be is direct voting/democracy and voting for a delegate (representative) who will vote on law-to-be is indirect voting/democracy.

So can a majority of people vote for oppressive or stupid laws? Yes. So can a legislature or steering committee. And they do, even in violation of higher law such as a constitution or by-laws and in violation of human rights. The only way to prevent people (representatives or not) from making oppressive or stupid laws is to end voting/elections/democracy. Only dictators like this idea.

A 100% direct democracy P.S. is not practical because the people are the government and they must vote for everything even where roads will go, how wide, what surface material, etc.. And then they have to pay for the road directly to whomever installs the road. Elections would have to be held at least every month with maybe hundreds of issues to vote on for city, county, state and national issues. A 100% direct democracy P.S. works well for small numbers of people such as within a club or small association. But in large numbers of people such as within a county, state or nation, it is impossible.

Whatever the size of the group, mob rule and two wolves and a sheep voting on what is for dinner is a threat to moral operations and minority rights. In a 100% direct democracy P.S., there is no constitution, by-laws or other restrictions on what people can vote for. So a mob of demanding people could pressure voters to vote for whatever the mob wants or take control of some polling places on election day. This is why the word democracy is synonymous with “mob rule”. Even human rights, even if in writing, may be violated if enough greedy voters want what someone else has and vote to take it by a majority vote. But legislatures within a republic do this also. For example, “rob Peter to pay Paul” and “make the rich pay their fair share”.

In a 0% direct democracy P.S. and 0% indirect democracy, there is either anarchy (0% government), or a dictator(s) (100% government) who decides everything for everybody including roads. Without democracy, we have one or the other extreme and extremes are seldom good in any subject and never good in politics.

The real purpose of the Electoral College is that the authors of our U.S.A. Constitution wanted the executive branch to equally represent the states. To do so, they needed a method that gave the least and most populated states equal voting power. If presidents and vice presidents were elected by a national popular vote, then the 3 or 4 most populated states could elect them and so they would only need to campaign in those states. As explained in article ll, section 1 of our U.S.A. Constitution (and the 12th Amendment that compensates for political parties), the authors gave 2 Electoral College votes to every state (as is in the Senate) and apportioned votes based on state population (as is in the House of Representatives). Therefore, the Electoral College has 535 votes (as is in Congress) for president and vice president and 3 for the District of Columbia as required by the 23rd Amendment.

Our U.S.A. Constitution created a national republic and each state must have a “republican form of government” (article IV, section 4). Another name for a republic is “representative democracy”. That is, people vote (by direct democracy) for their representatives. A republic cannot exist without voting/democracy/elections. The fantasy that individualists have is that law (constitution or otherwise) will prevent people from voting for something bad on a whim. Whims and knee-jerk reactions are human nature and legislatures do it to regardless of constraints by a constitution or other higher law (Natural Law, Common Law, Law of Necessity, Human Rights). Tyranny or other dictatorial government is a threat to human freedom whether a legislature or voting citizens use democracy.

THE AMERICAN’S CREED: I believe in the United States of America as a government of the people, by the people, for the people; whose just powers are derived from the consent of the governed; a democracy in a republic; a sovereign Nation of many sovereign States; a perfect union, one and inseparable; established upon those principles of freedom, equality, justice, and humanity for which American patriots sacrificed their lives and fortunes.

I therefore believe it is my duty to my country to love it, to support its Constitution, to obey its laws, to respect its flag, and to defend it against all enemies. Written by William Tyler Page in 1917. Underline is for emphasis, not in the original.

A republic is "a government in which supreme power resides in a body of citizens [demos] entitled to vote [democracy] and is exercised by elected [by democracy] officers and representatives responsible to them and governing according to law." – Webster’s Dictionary   [content added] Do our representatives govern by law? Only when the people hold them accountable by replacing power-hungry “representatives” by way of democracy. Are Americans doing this? No. This is why there is “tyranny”, usurpation and big government in America.