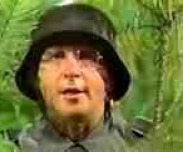 MOVINGTARGET has not received any gifts yet

“The barbarians have breached the gate!”

I posted this information, because it needs to be shared with everyone...

“The barbarians have breached the gate!” & “Now we know the…

Has everyone seen this?
On Wednesday Nov. 28, during the Lighting of the White House Christmas Tree, and while President Trump was giving a speech, there was a Clear, Round, Unobstructed Laser Dot aimed at his face.
…
Continue

Patriots Day, The Day The Shot Was Heard Around The World, happened on April 19th 1775.

The Oklahoma City Bombing - The Truth In 5 Minutes...

"The Final Jihad," Is This The Way America Ends?

Watch this compilation of the initial local news broadcasts that were reported immediately after the Government sponsored False Flag attack on the Alfred P. Murrah Federal Building, in Oklahoma City, Oklahoma, on April 19 1995.

The Media is reporting information it received from the Bomb Squad, who stated that it had recovered 1 bomb that had not detonated from inside the building, and was looking for another one.

How did they know these bombs were in the building, and where to…

Please join your state and county group at
http://constitutionclub.ning.com/page/state-flags