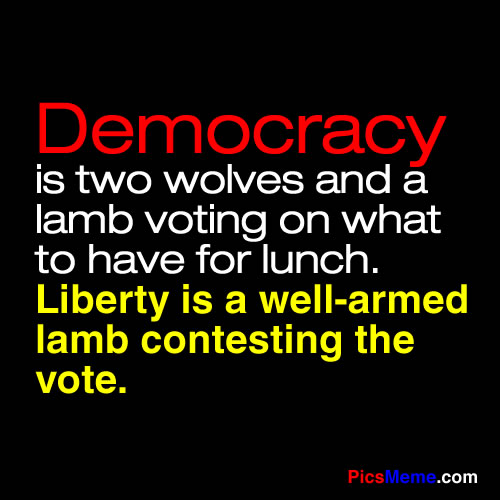 Robert has not received any gifts yet

Debates on the Bill of Rights

Amendments to the Constitution

but I believe that the great mass of the people who opposed it, disliked it because it did not contain effectual provisions against encroachments on particular rights, and those safeguards which they have been long accustomed to have interposed between them and the magistrate who exercises the sovereign power; nor ought we to consider them safe, while a great number of our fellow-citizens think these securities necessary.

It is a fortunate thing that the objection to the Government has been made on the ground I stated; because it will be practicable, on that ground, to obviate the objection, so far as to satisfy the public mind that their liberties will be perpetual, and this without endangering any part of the Constitution, which is considered as essential to the existence of the Government by those who promoted its adoption. The amendments which have occurred to me, proper to be recommended by Congress to the State Legislatures, are these: First, That there be prefixed to the Constitution a declaration, that all power is originally vested in, and consequently derived from, the people. That Government is instituted and ought to be exercised for the benefit of the people; which consists in the enjoyment of life and liberty, with the right of acquiring and using property, and generally of pursuing and obtaining happiness and safety. That the people have an indubitable, unalienable, and indefeasible right to reform or change their Government, whenever it be found adverse or inadequate to the purposes of its institution.

Secondly. That in article 1st, section 2, clause 3, these words be struck out, to wit: “The number of Representatives shall not exceed one for every thirty thousand, but each State shall have at least one Representative, and until such enumeration shall be made; “ and that in place thereof be inserted these words, to wit: “After the first actual enumeration, there shall be one Representative for every thirty thousand, until the number amounts to ------, after which the proportion shall be so regulated by Congress, that the number shall never be less than ------, nor more than ------, but each State shall, after the first enumeration, have at least two Representatives; and prior thereto. “

Thirdly. That in article 1st, section 6, clause 1, there be added to the end of the first sentence, these words, to wit: “But no law varying the compensation last ascertained shall operate before the next ensuing election of Representatives.

“Fourthly. That in article 1st, section 9, between clauses 3 and 4, be inserted these clauses, to wit: The civil rights of none shall be abridged on account of religious belief or worship, nor shall any national religion be established, nor shall the full and equal rights of conscience be in any manner, or on any pretext, infringed. The people shall not be deprived or abridged of their right to speak, to write, or to publish their sentiments; and the freedom of the press, as one of the great bulwarks of liberty, shall be inviolable.

The people shall not be restrained from peaceably assembling and consulting for their common good; nor from applying to the Legislature by petitions, or remonstrance’s, for redress of their grievances. The right of the people to keep and bear arms shall not be infringed; a well armed and well regulated militia being the best security of a free country: but no person religiously scrupulous of bearing arms shall be compelled to render military service in person.

This Bill of Rights is perpetual as Mr. Madison argues during the Amendment to the Constitution debates on