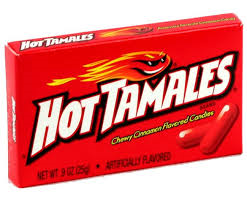 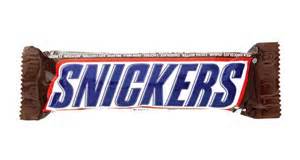 When people run for office, they say one thing and then once in...due to pressure, opportunities to make big $, they betray us.

Two days ago, I had one large disagreement.  The Illegals? Texas is home to nearly 1.7 million. in 2014.

Now that Obama has given them ALL Amnesty...this is what happened just a couple of days ago:
This Mexican woman decided to walk through my property with her two kids and her two dogs-"No trespassing.".    Now they are the "new entitled group"  I couldn't believe what I heard her say!  I cracked up!  "I'm gonna tell on you."  I cracked up and told her to go ahead!!

Prior to this, I had to report her to the management of the community two times.  The family had TWO Sports vehicles...  They have two children and  two little tiny dogs.  It is a community rule, you must have ALL dogs on a leash.  The new entitled illegals don't think that applies to them.

The children were small framed and about 5 and 6 yrs old.  They couldn't be seen by the drivers of cars driving down the street.  The children ran out from behind VERY large Sports vehicles as they dashed out into the street chasing their dogs.  Thank God, the driver was only going the normal 20 mph for residential areas.  Those children would have been killed.

As a pro-life, pro-family, anti-tax libertarian (small "L") governor of Texas, I will get rid of the Federal Reserve in Texas and their corrupt banks by creating a state credit union (funded by members) that will loan without usury (a.k.a. "interest" and condemned by Scripture). No Texan living and working in Texas will be liable to pay federal income taxes or file a return. That is the case now; however, we have too many cowardly Texans not doing it. Perhaps the reason is Austin and the county sheriffs are cowards, or ignorant or both. I will also reintroduce industrial hemp as the biggest cash crop in Texas. With economic freedom both businesses and individuals will flock to Texas.

Most importantly, I will have Texans put pressure on their state legislators to revitalize "the Militia of the several States." Once the constitutional Texas Militia (ages 17-60) has been re-established, we'll have about 10,000,000 Texans (armed like the U.S. Army) to defend the Texas borders against illegals and the lying, tyrannical General Government. I'm on FB if anyone wants me.

I sent ya a message on FB. I'd like ta learn more about the militia. And be friends.

By the way?  There have always been borders:

he S border was the Valley of Jezreel, the E border was to Sea of Galilee, the N ... It is the highest region in the country, with the coolest temperature. ... the tribes that inhabited the territory dwelt among the Canaanite inhabitants. ... At this time there were many Greeks and Phoenicians there, and some Jewish settlements.

Off the current topic of today, please refrain from such references. Your faith isn't going to stop what Obama hath wrought, after all he thinks HE's the son of God, after all he prays 5 times a day where ever he goes and has a GPS to help him aim his prayer rug towards Mecca, so he can praise his Allah. OOP's didn't mean to offend any ones sense of faith in our God, not his!

This is for 2010 Illegals born at Parkland Hospital/Dallas, TX.  Parkand is a county hospital, so the illegals don't pay the bills.

Across Texas, 60,000 babies of non-citizens get U.S. birthright

I was in the grocery story in Wylie, TX.  I had two illegals ask me in very broken English, "Where is Parkland Hospital?"  I told them it was in Dallas, and you have to be a citizen of Dallas Country to get free help.

The wetbacks were criminals before they were offered any benefits by the government. We don't need to be importing more criminals. We have enough criminals already. In fact, we have one in the White House and about 500 (give or take) in Congress.

FYI, the FairTax would apply a 23% tax to illegal aliens, that would not be paid by poor working U.S. citizens. U.S. citizens living at or near the poverty level would get all or most of their sales taxes rebated to them, while wetbacks, who would receive no prebate, would pay the full 23% rate. They would no longer be able to afford to work for well below minimum wage. It would then be cheaper for businesses to hire citizens for those jobs. Without prospects for jobs, many (unfortunately not all) wetbacks would self-deport.

Obama wants a 3rd Term...they are his new grateful voters.

I live in an area in Texas without public transportation.  My car died a terrible death (LOL).

I went to the city council meetings 2 times in six years to hear about mass transit.

At one time here in the Dallas/Collin County area where I live...IF you had a car, you couldn't get  food-stamps. They figured you could sell your car for food.  Why?  Dallas had mass transit.  Collin County, TX does not have mass transit.

Sign me up! When does it show up on the ballot?

NEVER, because you're taking away the power from the people that supposedly make laws. Coincidentally, these are the same people that can do nothing about Obamacare, Obama's executive orders, etc., because SOMEONE IS MAKING MONEY FROM IT. Without fail, this is the reason the people get hosed. Ask Hillary and Bill, and the large group of formerly breathing people that got in their way of making money. Oops, can't ask them, they're all taking a dirt nap.

Permalink Reply by Christine Fitzpatrick on April 2, 2015 at 6:52am

John, your language is offensive.  I would guess you use the "n" word, gooks, kike, and other racial epithets for everyone other than the lily white man.

And no, I do not advocate for any nationality coming here illegally.  I have a very unique personal experience with this topic.  Before you go spouting misinformation, why don't you do some due diligence and research to support you hatred.  For example, $15 BILLION dollars is put into the U.S. coffers by exploitation of illegal immigrants.  Americans complain of illegals taking jobs.  Seriously, I am sure you would like to work in the fields in 100+ degree heat, 12-14 hrs a day.  Or perhaps the dairy, where the stench is so overwhelming it will make you throw up.

Idiot women, like you Christine, got the right to vote and sit on juries, thus our current decline as a nation. Who do you think did all this work before the Mexicans? Who ever needed money. When they saved enough they did something else. What I find offensive, is when a nigger with a gun calls you motherfucker before he shoots you in the face.