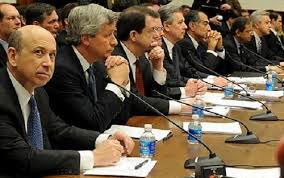 Among others, Jefferson and Madison believed that this union is a compact which, by definition, is a contract. But, for purposes of discussion, we can call our union a compact, a contract, whatever. The point is that both the States and the Feds have obligations as parties to that compact, and if either party to that compact/contract violates the provisions of that compact, the contract is null and void. The 10th Amendment underscored the authority of the States to nullify federal violations.

The Constitution is simply put a limit on the powers of government over the people. It was usurped from day one. Adams - Alien and Sedition Act, Jefferson the Louisiana Purchase, Here is what some said of Marbury V Madison where Marshall usurped powers for the courts.

*The Constitution is a LIMITING DOCUMENT.
It does not pass any rights to anyone!
* Rights are from the CREATOR.
All unstated rights go to the States and to the people.

So, we are all citizens of our Home State - I was born in (edit), but I am a citizen of (edit).
Keep  in mind that all case law precedent on the Federal Level are usurped as Article III does not allow British case law theory nor does it allow for Judicial review.

"DEAR SIR, While Burr's case is depending before the court, I will trouble you, from time to time, with what occurs to me. I observe that the case of Marbury v. Madison has been cited, and I think it material to stop at the threshold the citing that case as authority, and to have it denied to be law."

"I have long wished for a proper occasion to have the gratuitous opinion in Marbury v. Madison brought before the public, & denounced as not law; &: I think the present a fortunate one. because it occupies such a place in the public attention. I should be glad therefore. if, in noticing that case.you could take occasion to express the determination of the executive, that the doctrines of that case were given extra judicially & against law, and that their reverse will be the rule of action with the executive."

The System of Dual Federalism was designed to prevent these actions but clearly no one enforced the LIMITS.

There is nothing practical about an incorrect position. The Constitution for the United States of America is NOT a contract! It is the structural framework for "a more perfect union". It has absolutely nothing to do with contract law.

Does any of this really matter?  We can go back and forth with whether or not it's a corporation, a compact, a federation, a union, whatever!  The point is we're losing it, whatever "it " is.  The fact remains that "we the people" do not exist anymore in the eyes of the Federal government.  So we can argue this point, ad nauseum, and it doesn't make one bit of difference.  Everyone has made intelligent, interesting, succinct points, but what do we do with all of this information?  Just saying.

English can be a difficult language to learn, because words can have multiple meanings, as a technical point governments are corporations, however, I don't think Thomas Jefferson would have been comfortable using that word to describe the government that was instituted to protect our rights as individuals.  The united States of America is not like any other nation, in the sense that it is the only nation where a government was instituted for this reason and only for this reason.  As other nation's history played out and its political institutions developed, their governments did come to protect the rights of individuals in a very limited way.  When the united States of America came into existence, it had the advantage of learning from other nation's mistakes and accomplishments as it instituted a government to protect individual rights.  The positive influence in the world that Americans make is based on this purpose, when Americans are involved in other things, like becoming involved in endless wars promoting statism(to use one word to sum it all up), they are no longer serving God's purpose as a Nation of individuals.  Concerning corporations,  Thomas Jefferson said "If the American people ever allow private banks to control the issue of their currency, first by inflation, then by deflation, the banks and corporations that will grow up around them will deprive the people of all property until their children wake up homeless on the continent their Fathers conquered. I believe that banking institutions are more dangerous to our liberties than standing armies.  The issuing power should be taken from banks and restored to the people, to whom it belongs."  Many things can be learned from this statement and whole books can be written from using just portions of it, but to focus on corporations that grow up around banks, that will deprive the people of ALL property, even if someone is fortunate enough to accumulate enough illegal Federal Reserve Notes to pay off their mortgage on their home-the most essential property of all, they still have to keep paying a property tax, so they really don't own their home.  Jefferson was prescient when he referred to the descendants of the conquers as being homeless.

This was the point I made, exactly....we "own" nothing.  We have permitted, or should I say "given" the government the power to extract everything from our lives.  If we miss $1 in payment on our property taxes, they can confiscate our homes.  The homes we thought we owned.  Jefferson was right on!!

I've said it many times before, and will no doubt need to keep saying it: The United States is NOT a nation. It is not a country. It is not a corporation. It is confederacy that was transformed into a federation. This is not splitting hairs. The difference is significant. A national form of government has authority that extends throughout the land. Its jurisdiction is all encompassing. A federal government is strictly limited in both the scope and territorial extent of its jurisdiction. We have been systematically trained to think of the United States as a nation for the express purpose of making us think we actually are subject to its jurisdiction. Look for the asoi.us tab on the Constitution Club website or just type it into your address bar. Look at the tab on federal jurisdiction on our website. You'll see the physical markers put into the ground in 1792 to define the territorial limits of that jurisdiction.

Do not wish to argue your Corporation issue - you need to look at what a CORPORATION was in the time of the FF&R - it was a LICENSE issued to people from the King to conduct exclusive trade in a given area . . See http://en.wikipedia.org/wiki/East_India_Company

Scroll down and there is information on the issue.

I do not know what you mean by FF&R; but in Bouvier's 1856 issue, a corporation was exactly what it is now. A corporation has never been a license; nor has a franchise, which seems to be what is confusing you.

Steve read the link provided about the East India Company - yes they had share holders [investors] just like now but the Kings issues LICENSES.

Your Article V Project is the most comprehensive website that I have read on the subject.  Other Article V advocates have an angle that they promote, but when compared to your project they obviously are not workable.  There is one thing that you might consider changing to make it easier on the reader.  The first time that you write Founders, Framers and Ratifiers(2nd paragraph) you might want to identify it as (FF & R), so when you say FF & R, the reader knows what you are making reference to.

Steve thank you for the comments . . the group is all volunteer and we are self funded. No ads, no cookies, no tracking, no email required, just open and free access to what we believe is the largest Constitutional and American history library on the web.