The Founders of America were dedicated to creating a country and a Constitution that would NEVER allow a re-occurrence of the abuses from King George III. Their intent was to establish a government that would be a system of strict checks and balances that would keep governmental powers divided and limited. This system would leave the people to govern themselves with minimal interference from our public servants. We were to exercise complete control over ourselves, our property, our families and our businesses.

The Promise of our Founders was that our Liberty would never be taken from us again; the ultimate purpose of government would be to guarantee that Promise. In fact, the Founders expressed this Promise in the Declaration of Independence stating: “That to secure these Rights, Governments are instituted among men.” In other words, the primary and paramount reason, perhaps the only reason, any government exits whatsoever, is to protect our innate, natural, and God-given rights. The Constitution was promulgated with the express intent to secure this Promise of Liberty to all future Americans and all generations. 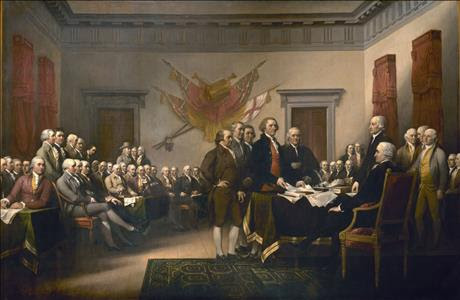 Click on the Link for Sheriff Mack's You tube Channel:

Thomas Jefferson warned us, along with numerous other Founders, that America would cease to exist if we ignore the U S Constitution. Jefferson proclaimed, “The greatest danger to American freedom is a government that ignores the Constitution.” A contemporary and careful look around makes Jefferson appear more prophetic than presidential.

Let's list just a small part of the destruction and tyranny going on in the United States today:

The aforementioned list of destruction, highlights the national disaster that has been caused, not by Covid-19, but by our current list of dictators who have violated their oaths to uphold the Law: the Supreme Law of the Land, [The Constitution]. The real danger we face here is that this disaster is man-made and that so many of us accept it. If our servants in government can suspend our liberty, destroy our economy, destroy our livelihoods, and recklessly abandon the Promise of our Founders, then is there anything they can't do to us? Is there any limitation they cannot breach? Is there any law they cannot violate? Does any principle exist that is left sacred or untouchable?
Alexander Hamilton referred to the Founders' promise thusly:
“The sacred rights of mankind are not to be rummaged for among old parchments or musty records. They are written, as with a sunbeam, in the whole volume of human nature, by the hand of divinity itself; and can never be erased or obscured by mortal power.”
This American Promise was an endowment from “Divine Providence” and it cannot be taken away by anyone. No human, no mortal being has the power, authority, or permission to erase or obscure this precious Promise.
Sheriffs and Peace Officers of America, there has never been a time in our nation's history where you have been needed more. You can stop this catastrophe; you CAN save America! You promised in sacred oath to do so. You are America's last great hope. Now, you are the Promise. The Founders handed it down from generation to generation. The Promise is now in your hands.
"These are times that try men's souls: The summer soldier and sunshine patriot will, in this crisis, shrink from the service of his country, but he that stands it now deserves the love and thanks of man and woman.” - Thomas Paine.

I am consistently amazed at the "tolerance" of the American people throughout this crisis.  But so correct is the statement that our survival is "our hands."

Does anyone else have any awareness of Eisenhower's  Communist Control Act?  It happened, I suspect, around the McCarthyism era.  It, apparently, was never heard by the USSCT.   Boy, wish we had it now.