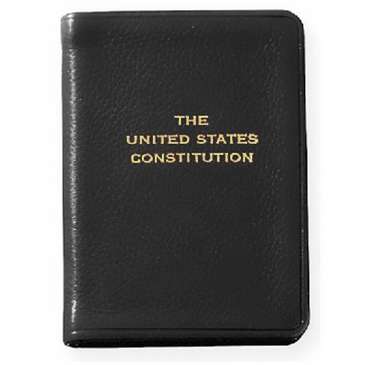 The Constitution was "RATIFIED" by the State legislatures, There was no organic government of the United States.

Sadly most argue court cases which do not have the power to alter the Constitution except as Usurped by Chief Justice John Marshall Marbury and McCulloch. There is no authority in Article III for the Court to seize Judicial Review or Implied powers.

Clearly if implied powers are to be valid it would give the courts the ability to create findings from the bench and to legislate as joint Kings. There was no such desire from the Founders, Framers and Ratifiers they hated the kings magistrates.

There is a lengthy article about this threat topic here:

The Constitution was ratified by state ratifying conventions, not state legislatures. See http://constitution.org/elliot.htm

Correct. Still not all the people and still a public sector gathering.

Consent is always from the people collectively. It is not about individuals.

Who is talking about the people here??

Silly argument 0 did or did not the Legislatures send the selected voters to the convention? So again what is the issue?

The delegates to the state ratifying conventions were elected in separate elections. State legislatures had nothing to do with selection. The entire point of doing it that way was to have the Constitution ratified by the people rather than by the states as such.

The people as a public sector group. Never each private sector citizen.

Doesn't have to be each individual. A society gives consent as a collective.

And yes, "equal suffrage" could be ten senators from each state, each casting one vote. But they represent the state as a society with dominion over a territory, not a legislature.

NO WRONG! The States have been removed from the Senate... UN-Constitutionally! Has nothing to do with each individual.

You need to read and understand Article 5.

What is your point? Semantics IMO

Ordered, That a committee of five persons be appointed to collect, count, and sort the votes for a secretary; and the Hon. Caleb Davis, Tristam Dalton, Aaron Wood, Eleazer Brooks, and Charles Turner, Esquires, were appointed.

The Convention then proceeded to the choice of a secretary by ballot, and, the votes being taken, it appeared that George Richards Minot, Esq. was chosen, who accepted of the choice, and was duly sworn to qualify him for exercising the duties of that office.

Voted, That Mr. Jacob Kuhn, the messenger of the General Court, be appointed messenger to this Convention.

Voted, That a committee of seven be appointed to prepare rules and orders for the regulation of the Convention. The Hon. Nathaniel Gorham, Dr. Charles Jarvis, Hon. John Taylor, Mr. William Widgery, Hon. Tristam Dalton, Hon. Theodore Sedgwick, and James Bowdoin, Jun., Esq., were then appointed on the said committee.

First, I agree .. there was no organic government of the United States .. that chain of title did not exist.

The Articles of Confederation states we are "The United States of America"!

The appointed state delegates convened at the constitutional convention to amend the existing Articles of the Confederation NOT to overthrown the existing government. Any reasonable person would have to know this was a bait and switch. A Coup D'etat!

The Articles of Confederation were abandon for more than 234 years.

1: The executive Power shall be vested in a President of the United States of America.  he shall hold his Office during the Term of four Years, and together with the Vice President, chosen for the same Term, be elected, as follows

8: Before he enter on the Execution of his Office, he shall take the following Oath or Affirmation"-"I do solemnly swear (or affirm) that I will faithfully execute the Office of President of the United States, and will to the best of my Ability, preserve, protect, and defend the Constitution of the United States."

Seriously, do we even know the name of this country or NOT?   This is (supposedly) a legal and binding document of a 'country', and they change the chain of title twice in one section.

If you have a questionable beginning shrouded in lies, and secrecy, how can it be considered legitimate?  If in doubt .. just think of oVomit and his 8 years of hell.