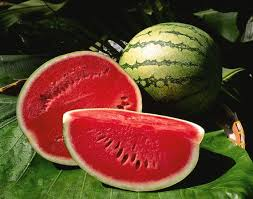 Not trying to avoid the use of them George,

Just minimize the use of; and besides, the "change" we're talking about is very small; a dollar or two at most. And besides I have at least converted some of my purchases to real money anyway.

Most of the time I can match the amount required fairly close to the total bill. I have different denominations, so coming up with the right amount of silver is usually not a real problem.

And why do you want to try so hard to find something wrong with I'm doing anyway? At least I'm trying to find Remedy. Also, I disagree that getting back a little change in FRN's means I'm back in the same old crab pot because at least I'm trying to get out of it if I am there where you say. But thanks for your input.

Why in the name of God would you accept to trade your silver coins at face value, when the metal value far exceeds the face value all over simple exchanges of metal for goods and services based on face value is a very poor exchange rate unless the  services and goods exceed the face value. Balance of trade is a pretty good system and it has worked for longer then there have been taxes I'd say.

I just didn't agree that it was time to give up and claim "NO OTHER OPTION", that's all. Give it time and we will begin to change the way things are done. I too am quite familiar with UCC 1-308. (used to be codified at 1-207). Reservation of rights is the theme if I recall the wording correctly.

Thanks for your reply. Keep up the good work.

Well I can use any federal reserve note [under duress UCC 1-308] and never pay taxes on anything as Marc Stevens says "show me the evidence your rules apply"  and they can't do it.

I also STRONGLY RECOMMEND LOOKING AT THE FOLLOWING LINK !! there are many types of citizens and tax status is explained fully, it might take ya a year to figure it all out but here's the facts folks!!!

Keith, being paid in FRNs does not determine whether one is liable to pay federal income taxes. There is no law requiring an American citizen who is working and living in the U.S. to pay income taxes or even file a return. But the 50 Governors, 99% of county sheriffs and the sheeple are either cowards to stand up and be counted or constitutionally ignorant of this fact. It's why we need "the Militia of the several States".

they way i see it: i can do whatever i please. I >> by my own consent am an American, the burden of proof is on them to produce an injured party to THEIR CLAIM

The federal reserve notes are nothing more than an IOU.  All we are doing when we give it to someone else for anything is to pass off the IOU to someone else who will accept it and be satisfied with the transaction of trading.  This is the Domino effect that we are all caught up in today.

Our country's only real money is our coinage but it is still not worth it's face value as there is no Silver in any of our coins today.  Nickel is the core of our coins and I remember the year when pure Silver coins ended which was 1964.  From there, our coins went to Nickel Clad and the ratio between Nickel and Silver began trading places where today, there is No Silver left in any of our coins.  So what happened to all the Silver that has made it's way back into government hands??

CORRECTAMUNDO !!  even the pennies aint worth nothing, they're over 80% zinc, they screwed us there also. in 1982 copper pennies became obsolete.

from what i know; china is buying up all the gold and silver. i heard it on coast 2 coast AM radio

Isn't a Federal Reserve Note nothing more than an IOU?

That's why we should all support Rep Jim Bridenstine's ( Republican 1st District Oklahoma), to Repeal the 16th Amendment and get rid of capital gains, income, and wage taxation and go to a national sales tax of 10%, which could only be raised by a 9/10ths majority in both houses of congress.

All of you need to read "Cracking the Code" and its companion CD.

The Income Tax Act of 1862 is still in force as the 1943 Current Payment tax Act.  The 16th Amendment did NOT change the tax structure, but eliminated the investment "loophole" caused by the Pollock case.  It has always been an "excise tax" on privileged occupations and investments.  see the Brushaber V. Union Pacific Railroad Case;

He invested in the Union & Pacific RR and made a "profit", so that was taxable because the U & P RR was a chartered corp created by Congressional action.

90% of Americans earn non-taxable private earnings and a proper 1040 WITHOUT a W-2 or 1099 attached but with a properly executed Form 4852 attached showing what was withheld so it can be returned to you. The question is,

Are you in an "exciseable" activity?  e.g. The mfg./distribution/ importation of Alcohol/Tobacco/Firearms/Drugs/Customs as the corporate officer who has the duty to make out a report, OR a FED worker who is defined in the Code as having designations such as "employee" / "employer" / "wages", which the other 90% do NOT.